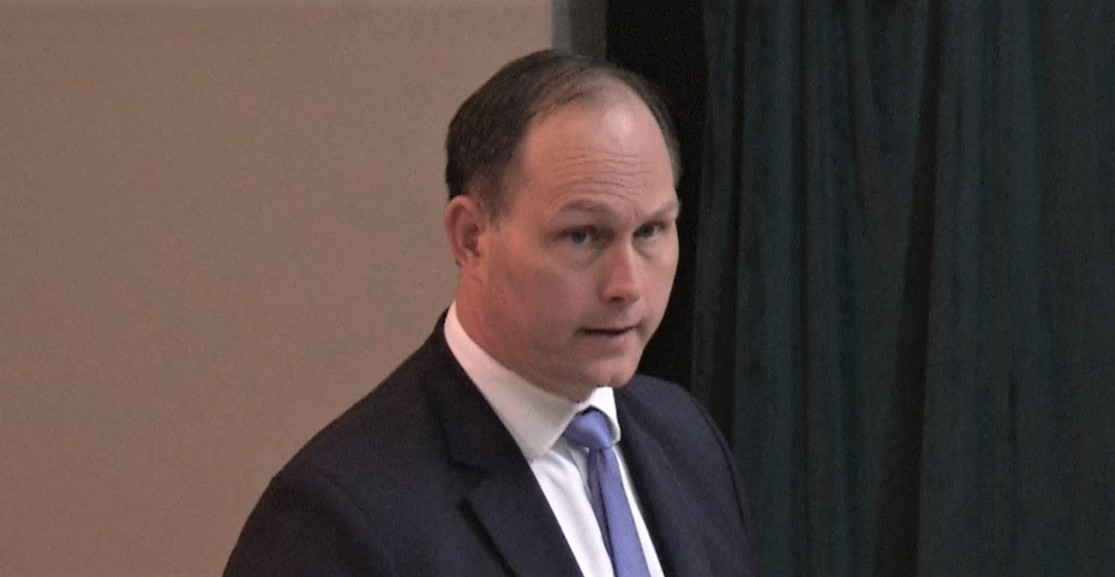 Timothy McCourt, staff attorney for the Marion County Sheriff's Office, presented a case for outlawing "simulated gambling devices" as a way to shut down internet cafes, which he says create an environment for crime. Image: Marion County video

For years, law enforcement in Marion County has tried to clamp down on internet cafes on the grounds that they involve illegal gambling.

Now, as WMFE’s Joe Byrnes reports, the sheriff has found a simpler and cheaper way to shut down the 42 cafes in unincorporated parts of the county.

The sheriff is asking the county to outlaw commercial use of the so called “simulated gambling devices” — the fish tables and on-screen slot machines — found in the cafes.

In recently armed robberies, for example, they escaped with 10-thousand to more than 40-thousand dollars.

“It’s a highly lucrative crime if you’re going to commit it. (In) my opinion, these places are effectively poorly guarded banks. And the incentive to rob them is staggering,” McCourt said.

Despite pushback from the businesses, commissioners favor the new ordinance. They plan to take it up again on February 2nd after their lawyer makes a few changes.