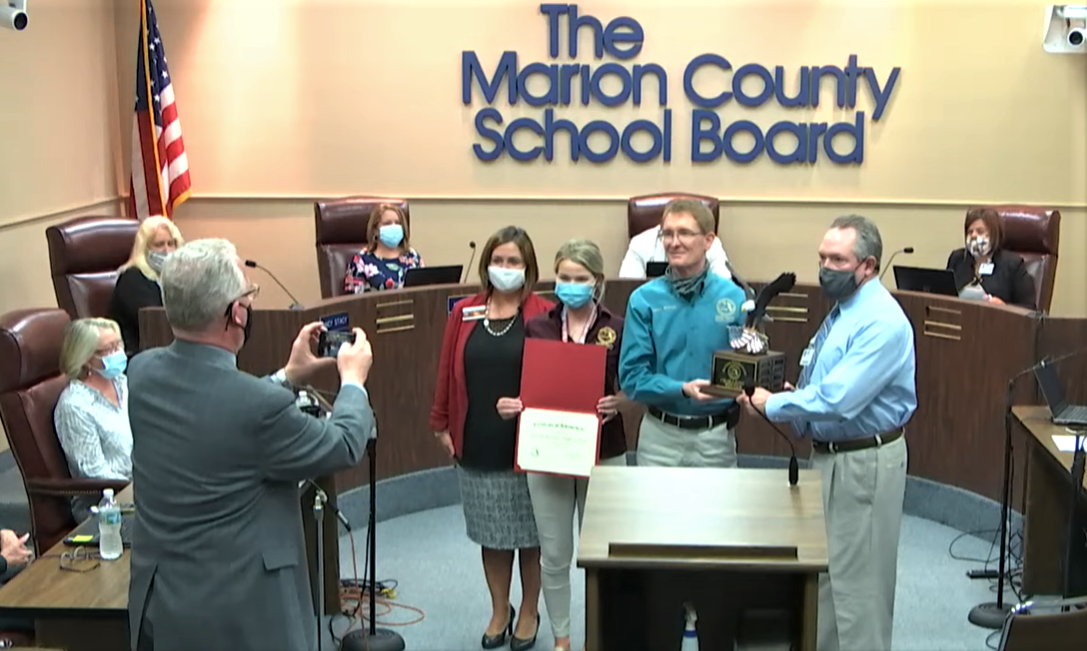 When it comes to registering to vote, North Marion High School claimed the title and the eagle-and-flag trophy Tuesday night.

For the past three years and counting, Supervisor of Elections Wesley Wilcox has pitted public high schools against each other to see how many students 18 and older will register to vote.

It’s part of an outreach that added 470 young voters to the rolls last school year, a 23.7% increase. And North Marion won the contest.

Wilcox says his office made 44 presentations and the students filled out their forms on the spot.

“We go in and we do an education curriculum, as well as talking about the registration,” he said, “not only the ability to register to vote but also that responsibility you garner once you become a registered voter that you must participate.”

He emphasized the October 5th deadline — less than two weeks away — for adults who still haven’t registered but want to vote in this year’s General Election.