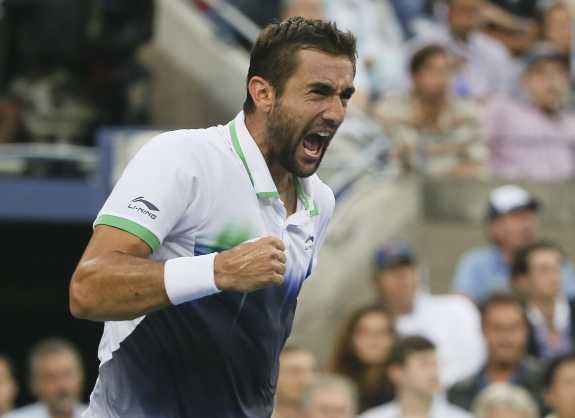 Marin Cilic, of Croatia, reacts after a shot against Kei Nishikori, of Japan, during the championship match of the 2014 U.S. Open tennis tournament.
Image credit: Mike Groll

Marin Cilic won the U.S. Open on Monday, sealing an improbable journey and ending that of Kei Nishikori, who had become the highest-ranked Japanese player in history.

Cilic, as we reported, got to this point by dispatching Roger Federer in three sets on Saturday.

He was asked how he managed to play so well, despite his lack of experience in the majors.

“It’s all hard work from the last several years,” he said. He added that his team had taught him to have fun while playing and that he’d had the best time of his life during this tournament.