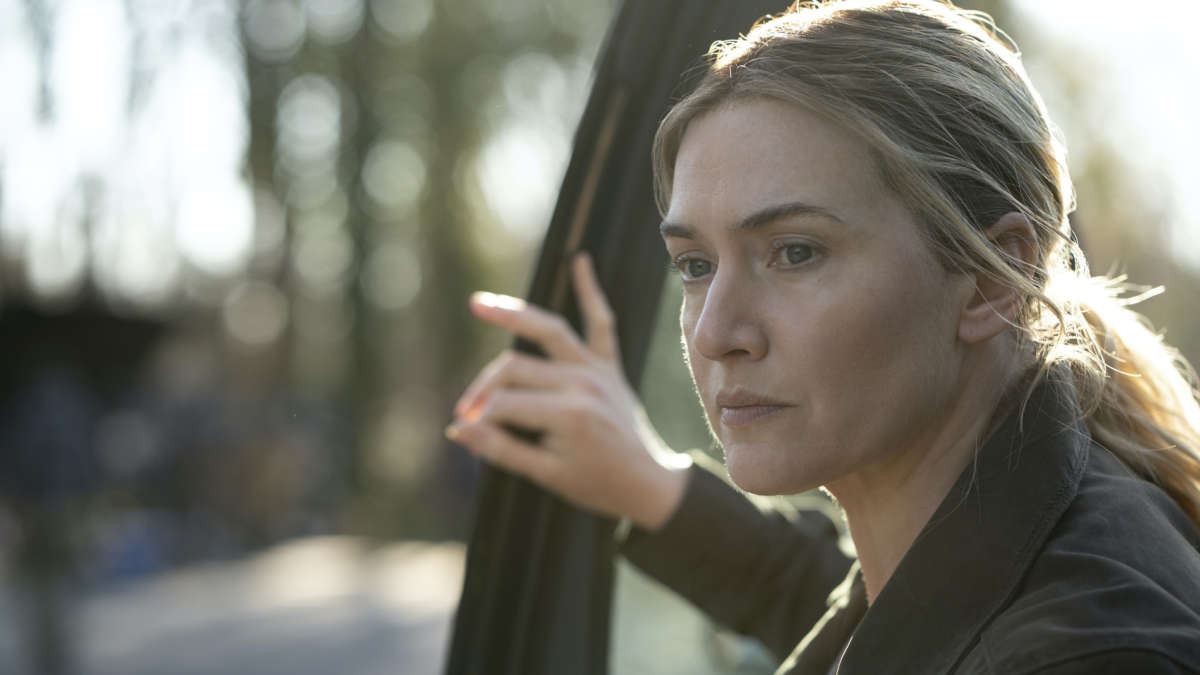 This is a discussion of the final episode of this season of Mare of Easttown. You absolutely should not read it if you don’t want to know what happened, as that’s what it’s about.

There was so much speculation about the mysteries of HBO’s Mare of Easttown that it seemed like no matter what the ending was, it would be something that someone guessed at some point. There were only so many characters, and it (fortunately) didn’t seem like the kind of show that would pull in a random new murderer at the end, just for the sake of making sure none of the online guesses had been right.

Let’s get right to it and talk about some questions that were answered in the Mare finale.

Okay, so who killed Erin McMenamin?

Indeed, the central mystery of the series — who killed Erin McMenamin? — had an answer that matched a theory that had been laid out with impressive accuracy in some circles, even if some of them had then (understandably) dismissed it.

For in the end — and really, truly, this is your chance to tag out before we begin discussing the ending — the answer was that young Ryan Ross (Cameron Mann), the son of Mare’s (Kate Winslet) best friend Lori (Julianne Nicholson), killed Erin. Ryan had discovered that his father, John (Joe Tippett), was also the father of Erin’s baby. And largely because John had already had one affair that nearly led his parents to divorce, Ryan feared that this fact would break up his family. When he learned that Erin was asking John for help and threatening to tell the truth, Ryan posed as his father via text, arranged to meet with her, stole a gun from Mr. Carroll (who figured into the mystery after all!), went to the park, and killed Erin. He claimed that he had only meant to scare her. When they learned what had happened, John and his brother Billy (Robbie Tann) covered it up, from moving Erin’s body in hopes of framing one of the kids from the party all the way to Billy agreeing to take the fall and John being (nearly) prepared to kill him to make sure he didn’t back out.

So Billy said it was him, but it wasn’t and he knew it wasn’t?

Correct. When you saw Billy telling John he killed Erin, what you actually were seeing was Billy committing to the lie they had agreed on to protect Ryan. As the brothers later discussed, the thinking was that John had a family and Billy had no one, so if somebody was to take the fall, it should be Billy and not John. Billy seemed to be okay with this plan until he realized John was afraid he might not stick to it and was prepared to make him the fall guy and then shoot him to make sure he didn’t reveal the truth. He was on board with jail, but not with death.

Was this ending fair?

When we talk about a fair ending, what we mean is whether the ending holds up in retrospect and is consistent with what we’d already seen. This one seems pretty fair to me.

Certainly, there were a lot of fake-outs. Seeing Deacon Mark throw Erin’s bike into the river was awfully suspicious! Finding out that Billy was seen covered with blood was awfully suspicious! John, uh, confessing that he did it was awfully suspicious! But from the beginning, Mare has pointed to an unsettling energy of secrecy and fear between Ryan and his father, and sure enough, that energy — a less blatant clue than some — was central to the resolution of the mystery. And those fake-outs seem to have explanations consistent with the truth and not totally inconsistent with logic. Deacon Mark was terrified he’d be accused if Erin’s bike was found in his car. Billy helped John clean up after Ryan. And John just wanted to protect his son from what he considered a consequence of his own mistakes. What might be most surprising is learning that some people, like Deacon Mark and Billy, were much less creepy than it seemed like they might be, and others — like John — were more so.

The one thing that seems a little discordant now that we know the truth is how aggressive and threatening Dylan, Erin’s ex who had believed himself to be her baby’s father, became with Erin’s friend Jess. Dylan and a buddy of his found Erin’s journals and burned them. Not only that, but after they learned Jess had talked to the police, they chased her down and stuck a gun in her face to keep her from talking. The supposed reason for all this is that they wanted DJ’s parentage to remain a secret so Dylan’s parents could raise him, but it was a little … well, yes, discordant.

What was the relevance of Erin’s clothes that Freddie had?

In the end, it appears that the only significance of the sweatshirt and the jersey of Erin’s that Mare found among Freddie’s things (it turns out he got them legitimately, from Erin’s father Kenny) was that the sweatshirt — from the family reunion — bore the same date as Erin’s necklace. That made Mare think that the reunion was more significant to Erin than just a family reunion. And since that was when John said their sexual contact began, that turned out to be the case.

How much stuff was in here that had nothing to do with anything?

It’s fair to look back on a mystery with some concern for its efficiency. In other words: How much stuff wasn’t necessary to the story, and was just there to distract? That’s a more complex inquiry, because it requires you to define “necessary,” and to define “the story.” There was a lot in these six hours that was not necessary to the resolution of Erin’s murder. The entire investigation into the disappearance of Katie Bailey and her rescue, Zabel and his shocking death (I’m still sad!), Richard and his flitting in and out of Mare’s life, and Mare’s relationship with her grandson’s mother are all things that could have had something at least tangentially to do with Erin’s death — but didn’t, as it turned out. So there is a fair amount of material that ultimately didn’t relate to the mystery directly.

So why kill Zabel? Why was he even there?

Look, I hear you. I had one of those well what did you do that for, jerks? moments when I watched that episode.

My thinking about why poor Colin Zabel (Evan Peters) died in the fifth episode during the rescue of Katie Bailey is all about the fact that the show is Mare’s story, not just a mystery story. Why bring on this young cop played so charmingly with such a welcome spark of humor, then make him a collateral loss who doesn’t get to see the investigation through to its end?

Remember, Mare’s therapist presented her with a theory at one point, which was that Mare had begun to chase cases that were packed with grief as a way of deflecting her own grief over the suicides of both her son and her father. It was a story about a woman who could not outrun her feelings of loss and devastation, even though she was really determined to just push and push and push forward. It makes some story sense that even as Mare took refuge in her work, she suffered another loss there, driving home the fact that she couldn’t get away from grief until she faced it — even if, as happened when she went to visit Zabel’s mother, she got slapped in the face at first. She couldn’t escape through her cases, because loss was waiting even there.

What about Richard? Why is Guy Pearce coming and going all the time? Why was he even here?

When the show started, Mare was in the uncomfortable position of having her ex-husband Frank (David Denman) getting newly engaged, which she was clearly not comfortable with. There were times when it seemed like one of the most important things for Mare was to explore new romantic relationships. She was tentatively trying out this connection with Richard, but she also went on a date with Colin. Perhaps, it seemed, she could get out of her grief by leaning on a new boyfriend.

It was not to be. In the end, she left things going well but relatively casual with Richard, more a glimpse of a potential future than her saving grace.

Because it was never really about finding a new guy.

What happened between Mare and Lori?

The one relationship Mare absolutely had to have in a healthy place in order to go on was not a new romance; it was her friendship with Lori. And the closer the case got to the Ryan family, the more imperiled that relationship seemed. It’s not hard to understand why Lori was so devastated after Mare arrested Ryan and refused to go along with John’s cover-up. It wasn’t fair to blame Mare, but it was easy to understand.

The scene where the two quietly reconciled in Lori’s kitchen, Nicholson simply slumping into Winslet and then the two dropping to the floor, was perhaps the most emotionally effective moment of the entire series. It echoed the scene in which Mare’s mother (Jean Smart) gently embraced her after she came home from being yelled at and blamed by Colin’s mother, in that it stressed that the most important and nourishing relationships in Mare’s life were not and did not need to be romantic or related to her ability to solve cases. Perhaps she needed to open herself up to love of all kinds, but she most needed to lean on those who loved her already.

What about Mare’s daughter?

Off to Berkeley! Refreshingly, Siobhan (Angourie Rice) didn’t suffer any particularly awful consequences from her emotional collapse after she broke up with Anne (Kia McKirnan). She wound up on good terms with her mother and off to her new adventures.

Did Mare and Frank lose custody of their grandson?

No. Carrie (Sosie Bacon) had a scare in which, after a relapse in her recovery from addiction, she fell asleep while Drew was in the bathtub. Fortunately, he was okay (although the show even flirting with drowning a toddler perhaps skirted the line of good taste), but Carrie realized she wasn’t ready to have custody of him. She withdrew her custody action.