Many ERs Fail People Who Struggle With Addiction. These New Approaches Might Help 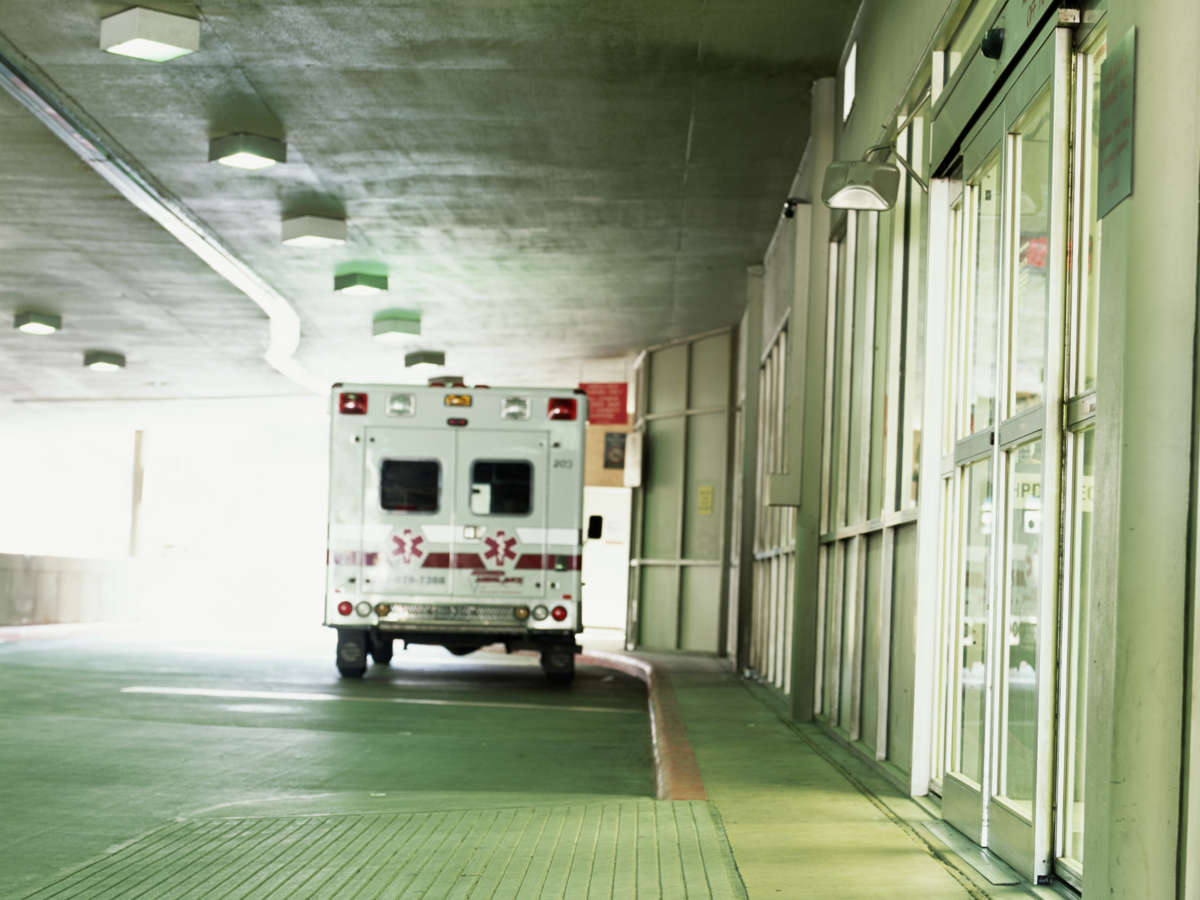 Patients with opioid addiction who show up in a hospital's ER face many barriers to recovery, and so do the doctors trying to help them. Easing those barriers on both sides helps patients get into good follow-up programs that lead to lasting change.
Image credit: Terry Vine

For years, Kayla West watched the opioid epidemic tear through her eastern Tennessee community. As a psychiatric nurse practitioner, she treated people with mental illness but felt she needed to do more to address addiction.

So in 2020, when the state created a position to help hospitals improve addiction care in the emergency room, West jumped at the opportunity.

She knew that many people with substance use disorders land in the ER, and that starting medications for opioid use — like buprenorphine (often known by the brand name Suboxone) — could double a person’s chance of staying in treatment a month later.

Yet she also knew that providing the medication was far from standard practice.

A recent report from the Legal Action Center and the Bloomberg American Health Initiative found that despite widespread consensus on the importance of addiction treatment in the ER and an unprecedented rise in overdose deaths, many hospitals fail to screen for substance use, offer medications to treat opioid use disorder or connect patients to follow-up care.

Many patients who don’t receive those services die shortly after discharge or within a year of their ER visit, the report says.

But a growing number of emergency rooms and health professionals are trying to change that by developing new approaches that address the missed treatment opportunity in ERs.

“We know it’s possible because others have done it,” says Sika Yeboah-Sampong, an attorney with Legal Action Center and coauthor of the report. “You have a combination of levers and kinds of structures of how different cities, counties, states and even independent hospitals adopt these practices.”

These models have already been put in place in some big hospitals and small hospitals, rural areas and urban centers, those with ample resources and those on tight budgets, she says.

In Tennessee, West looked to several of them for helpful guidance as she developed a pilot program with one hospital she advises. “It’s like looking at a smorgasbord of options of where you can implement change,” she says. Here are just a few of the different strategies emerging from ERs across the United States:

Hiring advocates for patients in California

Daniel Browne started drinking alcohol and using prescription opioids at age 14. By the time he was 24, he was on the verge of losing his job, his car and his apartment.

“I didn’t know where else to go to get treatment other than the ER,” he says.

In May 2020, Browne drove 15 minutes from his home to Adventist Health Howard Memorial Hospital in Willits, Calif., where he was immediately met by Mary Anne Cox Gould. At the time, Cox Gould was a substance use navigator for a program called CA Bridge. She championed addiction treatment in the hospital and helped connect patients from the ER to clinics in the community. (Cox Gould is now a supervisor of other navigators in Adventist Health hospitals.

“She met me in the parking lot even before I went into the ER,” Browne recalls.

She stayed with him as he received his first dose of buprenorphine, which provided immediate relief from withdrawal symptoms. “Once you’re not facing the crippling detoxification, it’s much easier to not relapse,” Browne says.

Cox Gould then walked him over to the hospital’s outpatient clinic and helped him schedule recurring appointments. When Browne ran into obstacles filling his buprenorphine prescription at a local pharmacy, she made the necessary arrangements for him to get it from the hospital pharmacy, instead.

Now more than a year into recovery, Browne says he’s become a more reliable employee and has reconnected with his parents and younger brother — successes he credits partly to the medication and consistent support he’s received.

Those are hallmarks of the CA Bridge program, says executive director Serena Clayton. Medication is considered a key element of treatment. Connecting patients with a navigator helps them in long-term recovery. And having navigators in the ER creates a more welcoming environment for patients, and gives ER staff a chance to learn more about addiction, she says.

The model is currently used by about 130 hospitals in California, and the state has allotted $40 million to expand the program to more than 100 others. The funds cover the salaries of substance use navigators, training for ER staff on prescribing buprenorphine and other technical assistance.

“This doesn’t have to be a one-off story about a really special hospital,” Clayton says. “It can happen at scale.”

Removing obstacles for patients and doctors in New York

Patients with addiction face many barriers to recovery, notes Dr. Joshua Lynch, an associate professor of emergency medicine at the University at Buffalo. But doctors who want to help them also encounter hurdles, he says.

ER physicians are short on time, often lack training for addiction-related issues and don’t know where to refer the patients for follow-up care. To improve the situation, both sets of barriers — for patients and for doctors — must be addressed, Lynch says.

That was his goal in creating New York MATTERS, a program that gives patients access to buprenorphine and quickly links them to addiction clinics to continue treatment. It also provides pharmacy vouchers that cover 14 days of medication and Uber vouchers to cover transportation to the clinic — all through an electronic referral system.

“Being able to offer all of this without having to make any phone calls is probably what makes the doctors most likely to use it,” Lynch says.

The program, partially funded by the state Department of Health, includes 38 hospitals and 94 clinics across New York that are vetted to ensure they provide buprenorphine to those who want it and accept patients regardless of insurance status. Providers in any participating ER can bring up a map of the clinics on a tablet and let patients choose where they’d like to be referred.

“This patient population is used to being told ‘no’ or ‘that’s not possible’ or ‘you have to go to this place,'” Lynch says. “We want to inspire them by giving them these choices.”

Most patients pick a clinic close to home or where they know a friend had a good experience, Lynch says.

He estimates about 55% of patients in the program make it to their first appointment, where they can receive medication and therapy. National figures suggest fewer than 10% of patients addicted to opioids receive similar treatment.

Lynch says the cost for any hospital or clinic to join the program is minimal, since it mostly leverages existing resources, and the state hosts the data for the referral platform. Expanding the program to facilities across the entire state would cost less than $4 million a year, he says.

Dr. Blake Fagan is chief education officer at the Mountain Area Health Education Center in Asheville, N.C. For years, when he approached hospital ERs to offer addiction training, he heard a common refrain.

“We don’t have any place to send patients afterwards,” he says doctors told him.

Without a clear place for patients to continue treatment, the doctors were reluctant to even start medications for opioid use. That’s when Fagan and his colleagues realized their training had to extend beyond hospitals.

They reached out to federally qualified health centers, which treat people regardless of insurance status. In a state without Medicaid expansion and with large rural expanses, these centers serve many people with addiction.

Using just over $1 million in grant funding from two foundations, the Mountain Area Health Education Center has trained the staff at 11 health centers and two local health departments over the past year and a half to provide medications for opioid use disorder. From March 2020 to May 2021, those centers treated more than 400 patients with the disorder.

Dr. Shuchin Shukla, who heads the program alongside partners at the University of North Carolina- Chapel Hill, says the centers have become obvious referral spots for doctors who start patients on medication in the ER.

“We consider ourselves a model for how to do this in a Medicaid non-expansion state,” Shukla says.

Dr. Sara McEwen, executive director of the nonprofit Governor’s Institute, which has helped to incorporate the training into medical school curricula, said students who see addiction prevention and treatment as a routine part of medicine will naturally apply that when they reach the ER or other clinical settings.

In fact, a recent study at Wake Forest School of Medicine found 60% of medical students who received the education reported using it during their internships.

“The learning is coming from med students to residents, up the chain,” says Paige Estave, a coauthor of the study and a candidate for joint doctoral and medical degrees at the school. “Students bringing it up will cause doctors to start thinking, talking and finding resources. … Hopefully, those little pieces of change will add up cumulatively to something more.”

How well do these programs work?

Across these varied models, one essential question remains: Do they work?

Unfortunately, it’s also one of the most challenging to answer, according to addiction researchers and those who run the programs. Many projects are still in the early phases and won’t be able to measure success for another few years. Others are struggling to gather long-term data that’s necessary for evaluation.

In North Carolina, for instance, McEwen knows more than 500 medical students receive the addiction training each year, but until they complete residency and are practicing medicine independently, it’s difficult to gauge how many will prescribe buprenorphine to their patients. In New York, Lynch can estimate how many patients make it to their first appointment at a clinic, and a recent study of the CA Bridge program tracked how many patients were given buprenorphine across 52 hospitals. But those numbers don’t indicate how many patients achieved long-term recovery. That would require tracking patients for months and years.

In the meantime, people like West who are looking to these models as guideposts must operate with a level of uncertainty. But she says she’d rather get started now than wait for the perfect solution.

“Any movement on this is a step in the right direction,” West says. “I’ve learned that no matter how varied your resources are, there are options for change in your ER.”

Kaiser Health News is a national, editorially independent newsroom and nonprofit program of the Kaiser Family Foundation. KHN is not affiliated with Kaiser Permanente.