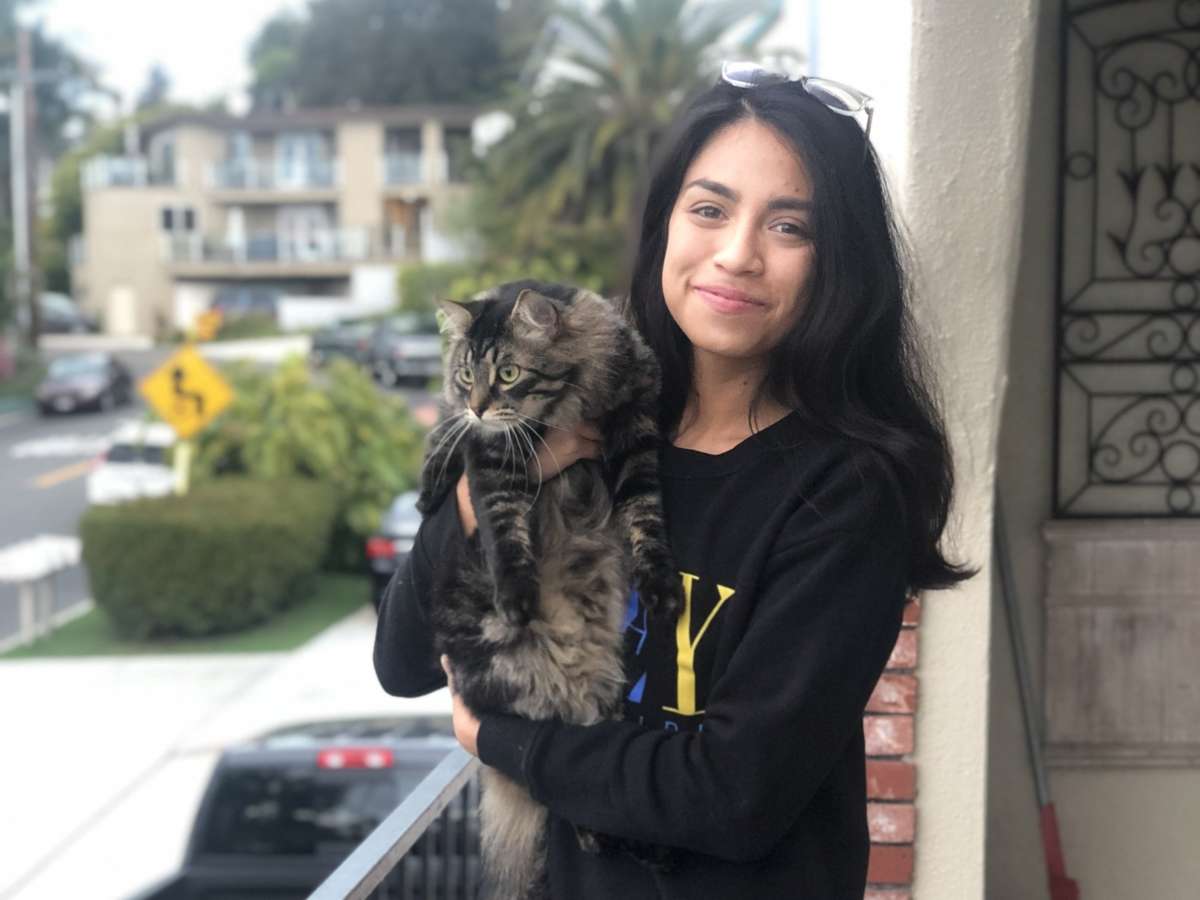 Angelica Rico says she lost all of her income this week when she was furloughed from her job as a digital marketing specialist. She doesn't know how she'll be able to pay rent on her apartment in Southern California.

The federal government took a major step toward helping homeowners this week, ordering lenders to give people hurt financially by the coronavirus pandemic up to a 12-month break on their mortgage payments.

But what about renters?

Many cities say they’re halting evictions if renters can’t pay. But that’s about it, says Laurie Goodman, co-director of the Housing Finance Policy Center at the Urban Institute.

“There have been very, very little actions taken for renters,” Goodman says. “And in fact, the renter population is far more vulnerable than the homeowner population because, on average, they’re just much, much less affluent, and have much less in savings.”

Until earlier this week, Angelica Rico had a good job as a digital marketing specialist for a business that helps dental practices promote and run their offices. But then the company put her and most other employees on furlough with no pay “until this whole thing goes away, which who knows when that will be,” she says.

She has a car payment, utilities and student loans. She’s investigating how to put the student loan payments on hold since the government announced a two-month break for people hurt financially by the pandemic.

But the $1,100 a month she pays as her share of the rent for an apartment in Southern California is by far her biggest expense. “I can’t just pull $1,000 out of a magic hat,” she says. “So I am extremely worried about not being able to pay rent.”

A few states away in Denver, Alex Vasko’s job suffered the same fate on Wednesday. Vasko, who uses the pronoun they, was a banquet captain for a big catering company that does a lot of weddings.

“I got a call from my boss and she let us know that corporate came down and said they were ceasing all operations through the end of April,” they say. As hourly employees, Vasko says, “me and my co-workers, we’re not getting paid.”

Vasko tried to apply for unemployment benefits. “I went online to file a claim online and the system was down,” they say. In many states, the online systems and unemployment offices have been overwhelmed and crashing because so many people have lost work and are applying for help.

So Vasko isn’t sure about the amount of money unemployment will provide, but knows it will be much less than before.

With the first of the month approaching, many Americans who’ve suffered a loss of income are going to have to pay their rent or mortgage. For April 1, many could be OK since they still would have a paycheck coming.

But with no end in sight yet on shutdowns caused by the virus outbreak, Vasko fears not being able to keep paying $1,150 in monthly rent past April. Without some kind of help, Vasko says, “I have no idea what I would do.”

Denver is one of many cities, including Los Angeles, Miami, and San Francisco, that have halted evictions of renters. So Vasko says that does “ease the worry that … if I can’t pay this, I’m going to get kicked out.”

But Goodman at the Urban Institute would like to see more help than that for renters. “It would be the hope that some sort of either rental assistance or per person assistance would become available to allow people to get through this difficult period,” she said.

Republicans in the Senate on Thursday introduced legislation that would send cash payments of as much as $1,200 per person and $2,400 per married couple.

Vasko said that would be great. But if shutdowns drag on for months, “unless you’re gonna give us $1,000 every month to keep paying rent late, it’s not going to do anything in the long run,” Vasko says.

“There will need to be,” he says. He says the $1 trillion offered by the coronavirus stimulus bill taking shape in Washington “is going to be the first of many trillions.”

Rogoff says the government needs to do everything it can to keep people financially healthy and on solid footing. That way when people can leave their homes and life starts getting back to normal they can return to spending money and slingshot the economy into recovery.

“The rise in unemployment in 2008 could be dwarfed by this, at least in the short run. This is just something extraordinary,” Rogoff says.

And if half the people in the country get their credit scores destroyed and end up in dire financial straits, he says this crisis could be much worse than the last recession.

So Rogoff says lawmakers should err on the side of throwing too much financial help at people.

“When things like this happen, you want to just spend with abandon,” he says. “You want to know that you can do whatever it takes to get out of this extraordinary situation, it could turn out to be once-in-a-century situation. We are in an alien invasion. I don’t know what else to call it.”