Orlando Police Chief Mina: Suspect Needs To Turn Himself In 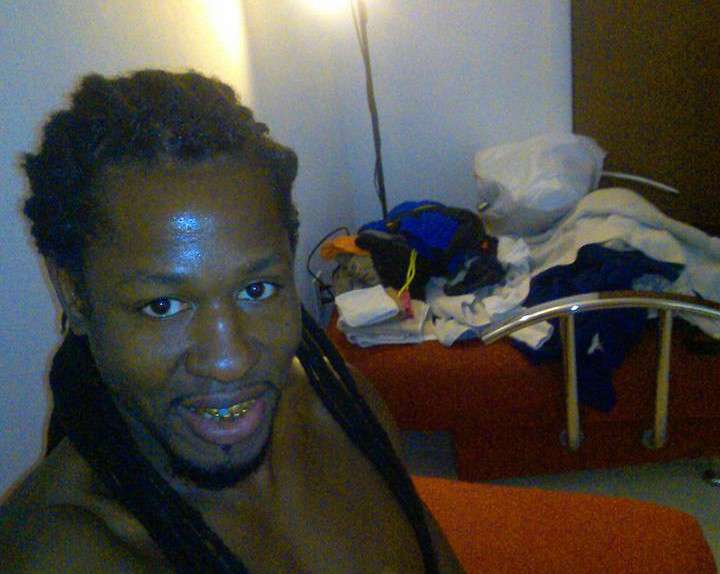 Markeith Loyd is a suspect in the shooting death of an Orlando Police officer./Photo: Facebook

Police are urging anyone with information on the suspect Markeith Loyd to call 1-800-423-TIPS. Do not approach the suspect, authorities say he is armed and dangerous.

Police have named a suspect in the shooting of an Orlando Police Department officer Monday. Orlando Police say the officer has died, and a Sheriff’s Deputy was killed in a traffic accident during the manhunt.

Orlando Police Chief John Mina says Master Sgt. Debra Clayton was at the Walmart at North John Young Parkway and Princeton Street  when a citizen pointed Loyd out as a murder suspect. Clayton yelled out to Loyd to stop when they exchanged fire at around 7:17 am.  Two minutes later officers radioed in that an officer had been shot, and dispatch made a call for help. The first responding officer started CPR on Clayton and she was taken to Orlando Regional Medical Center. She was pronounced dead at about 7:40am.  Mina said Clayton was wearing protective body armor.

Clayton was married and had one child, and was a 17-year veteran of the OPD, she was promoted in 2016.

“She will be missed as a mother, as a wife, as a daughter, and a sister. I share my condolences and prayers with her family. And I know that our entire city and our entire community will support the family in any way that we can,” said Orlando Mayor Buddy Dyer.

A motorcycle deputy was also killed this morning in the ensuing manhunt, says Sheriff Jerry Demings. He is Deputy First Class Norman Lewis. The 11-year-veteran was described by Demings as “a gentle giant.” The University of Central Florida said Lewis played on the football team from 2000 to 2003. He was 35 years old.

Deputy First Class Norman Lewis died in a crash Monday during the manhunt for the suspect. Deputy Lewis was a 11-year veteran of the department. Photo: OCSO

The suspect was identified by police as Markeith Loyd. They’re asking anyone with information to call Crimeline at 1-800-423-TIPS. An award of up to $60,000 is being offered for information leading to Loyd’s arrest. “The best thing he can do is turn himself in,” said Orange County Sheriff Jerry Demings.

“Markeith Loyd needs to turn himself in,” said Mina. “Not tonight, not tomorrow, he needs to call and turn himself in now so we can bring this to a peaceful resolution.”

Loyd, was spotted by an Orange County Sheriff’s Office Deputy fleeing the scene. A deputy saw Loyd at North Lane and Pine Hills Drive, when Loyd pulled into a nearby apartment complex and fired at the deputy. The deputy was not harmed. Loyd then carjacked a vehicle and took off, said Orlando Police. He then abandoned that vehicle near the intersection of Rosemont and Cinderlane Parkway.

Orange County Mayor Teresa Jacobs urged residents to call with any tips they may have in helping to locate the suspect. She also asked nearby residents to stay off the streets and be safe.

“We are all in this together, we are a strong community,” said Jacobs. “We have demonstrated that time and time again and we will demonstrate that this time.”

Orlando Mayor Buddy Dyer calls today an official day of mourning. “The shooting is a reminder that our law enforcement officers put their lives on the line every day,” said Dyer.

Gov. Rick Scott was in Orlando for a jobs announcement and attended a press conference Monday morning. He had proclaimed this week First Responders Week. “On the first day of it today this tragic shooting serves as a sobering reminder of how important it is for each of us to take every opportunity, every opportunity, to thank every law enforcement officer across this state,” said Scott.

Orlando Police said it’s been ten years since the last time an officer was killed while on duty.

This is a breaking news story. Check back for details.