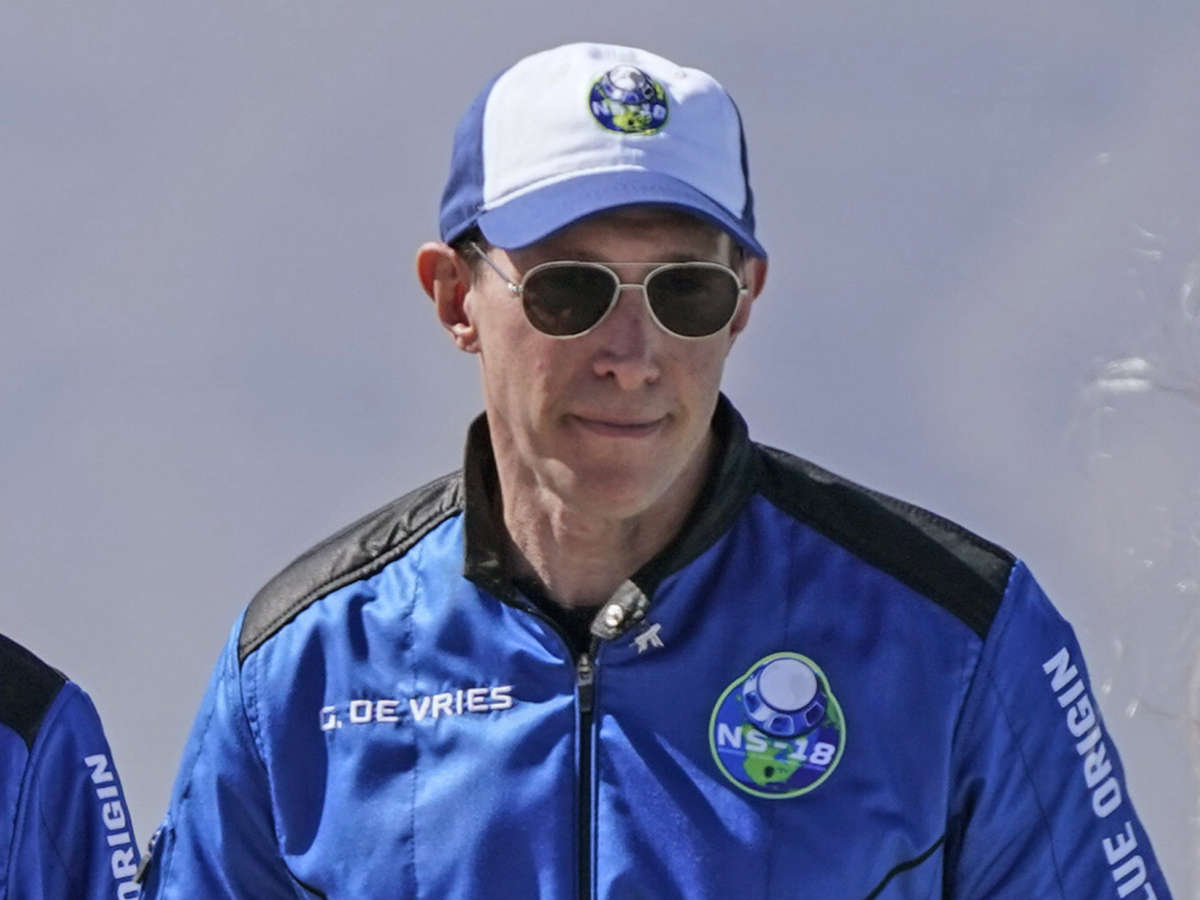 HAMPTON TOWNSHIP, N.J. — A man who traveled to space with William Shatner last month was killed along with another person when the small plane they were in crashed in a wooded area of northern New Jersey, according to state police.

The one-time space tourist Glen M. de Vries, 49, of New York City, and Thomas P. Fischer, 54, of Hopatcong, were aboard the single-engine Cessna 172 that went down Thursday.

De Vries was an instrument-rated private pilot, and Fischer owned a flight school. Authorities have not said who was piloting the small plane.

The plane had left Essex County Airport in Caldwell, on the edge of the New York City area, and was headed to Sussex Airport, in rural northwestern New Jersey, when the Federal Aviation Administration alerted public safety agencies to look for the missing plane around 3 p.m.

Emergency crews found the wreckage in Hampton Township around 4 p.m., the FAA said.

De Vries, co-founder of a tech company, took a 10-minute flight to the edge of space Oct. 13 aboard Blue Origin’s New Shepard spacecraft with Shatner and two others.

“It’s going to take me a while to be able to describe it. It was incredible,” de Vries said as he got his Blue Origin “astronaut wings” pinned onto his blue flight suit by Blue Origin founder Jeff Bezos.

“We are devastated to hear of the sudden passing of Glen de Vries,” Blue Origin tweeted Friday. “He brought so much life and energy to the entire Blue Origin team and to his fellow crewmates. His passion for aviation, his charitable work, and his dedication to his craft will long be revered and admired.”

De Vries co-founded Medidata Solutions, a software company specializing in clinical research, and was the vice chair of life sciences and health care at Dassault Systemes, which acquired Medidata in 2019. He had taken part in an auction for a seat on the first flight and bought a seat on the second trip.

De Vries also served on the board of Carnegie Mellon University.

Fischer owned the flight school Fischer Aviation and was its chief instructor, according to the company’s website.

The National Transportation Safety Board is investigating.