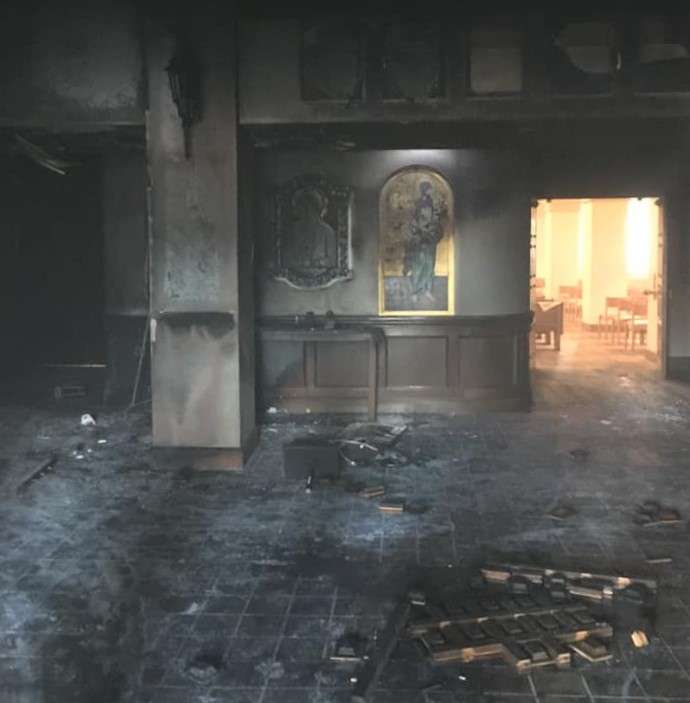 A 24-year-old Dunnellon man suspected of crashing into an Ocala church and setting the foyer on fire Saturday is being accused of hate crimes.

Marion County sheriff’s officials say the man told them he was on a mission when he drove a white minivan through the front door of Queen of Peace Catholic Church, poured gas on the floor and ignited it.

The suspect, Steven Anthony Shields, also told investigators he has schizophrenia and isn’t taking his medication.

Parishioners were in the church at the time and one of them was in the foyer. No one was injured, and the blaze was quickly extinguished

A sheriff’s deputy arrested the man miles away on South U.S. 441 following a car chase.

Shields is being held with no bond at the Marion County Jail.

He is also accused of fleeing and eluding law enforcement.

In a prepared statement after the arrest, Sheriff Billy Woods referenced the constitutional right of religious freedom and said: “My deputies and I are sworn to protect that right and will always ensure our citizens can worship in peace.”