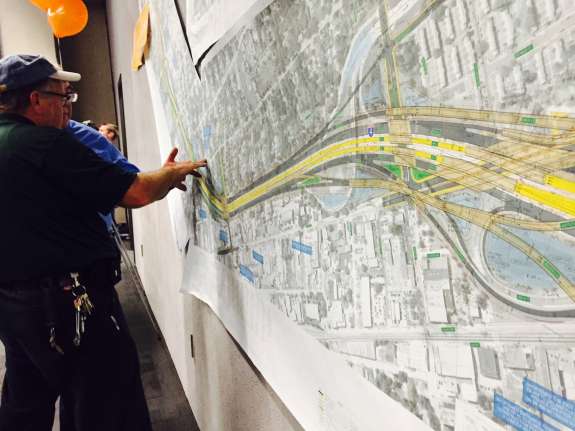 Drivers along I-4 will experience the first major traffic shift that’s part of the interstate’s major overhaul. Maitland Boulevard is being moved over a couple lanes to allow construction on I-4 Ultimate, a massive construction project to streamline traffic on the interstate.

Eastbound traffic on Maitland Boulevard’s being moved onto temporary lanes between Gateway Drive and Keller Drive.

David Parks, spokesman for the I-4 Ultimate project, said the work will elevate Maitland Boulevard up over the surface streets, “effectively eliminating every traffic light between I 4 and state road 434 to the west.”

“So we are shifting the eastbound traffic on Maitland Boulevard, between State Road 434 and Keller Drive, shifting that traffic to the median or to the inside onto some new temporary asphalt,” said Parks,

“And that then gives our crews some room to work to start building those new elevated lanes.”

Crews will also rebuild the interchange and put in a pedestrian bridge over I-4.

More than 70,000 drivers use that stretch of Maitland Boulevard each day. Parks says it’s the biggest traffic shift yet in the I-4 Ultimate project- but there should be minimal disruption to drivers.