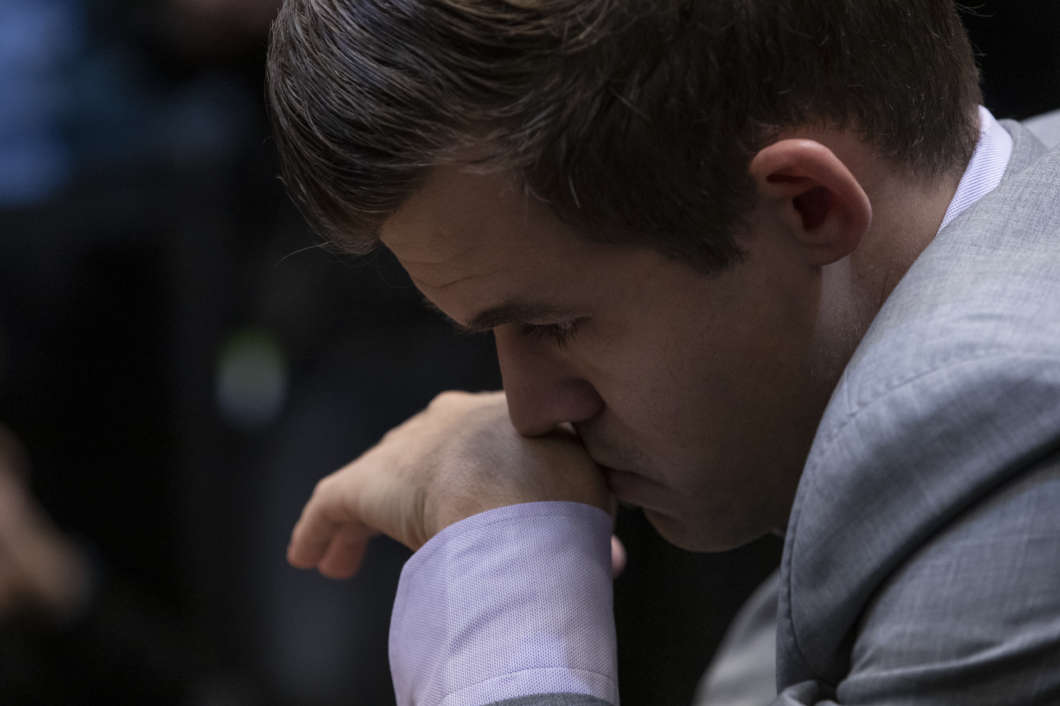 It came down to a series of rapid tie-break games, but defending world chess champion Magnus Carlsen has emerged victorious once again.

Carlsen, a 27-year-old Norwegian, has held the title since 2013. He defeated Fabiano Caruana, who would have been the first U.S. citizen to win the world title since Bobby Fischer in 1972.

The two appeared evenly matched in the 12 games they played over three weeks before Wednesday’s climax. Each of those 12 games resulted in a draw, making it the first time in the tournament’s history that no player won a game during regular play.

But Carlsen dominated the board at Wednesday’s matches in London, decisively winning three games in a row to clinch the title.

“After a generally close-fought 12 games of classical, today just felt like slaughter,” commented grandmaster Peter Svidler in a chess24 livestream of the match.

“This was a hard fought match to the end, and I want to congratulate Magnus on defending his title,” said Caruana. “I was up against one of the most talented players in the history of chess, and I gave it everything I had.”

The previous 12 games had been much slower-paced – they could take more than five hours to complete. In the tie-break rounds, the pace sped up a lot.

Carlsen won the best of four tie-break series in three straight games. These started with 25 minutes on each player’s clock, and 10 additional seconds after each move.

If the pair had been tied after those four games, it would have proceeded to additional rounds of even faster games.

Carlsen was seen to have an advantage in the tie-break games because he is higher ranked than Caruana at faster play.

But on Monday, he made a decision that caused some chess experts to question whether he was losing his fighting spirit. Even though he was in a more favorable position in game 12, he suddenly offered Caruana a draw, which he accepted.

“In light of this shocking draw offer from Magnus in a superior position with more time, I reconsider my evaluation of him being the favorite in rapids,” legendary chess grandmaster Garry Kasparov wrote on Twitter. “Tiebreaks require tremendous nerves and he seems to be losing his.”

It appears that Carlsen kept a grip on his nerves for Wednesday’s games.

The Guardian quotes grandmaster Judit Polgár from the commentary booth: “What a match. What a player. What a drama.”