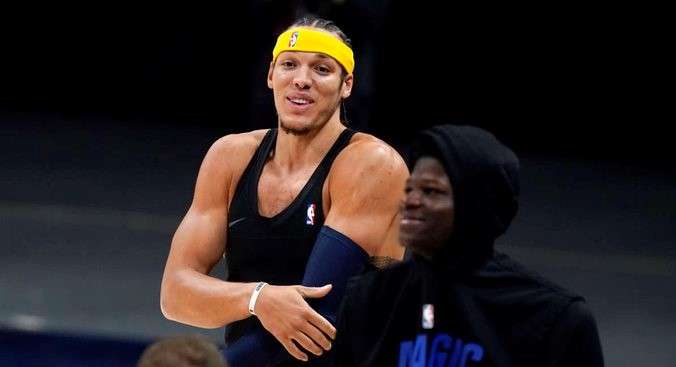 With the 2020-2021 NBA season more than halfway over, the Orlando Magic is rebuilding. The Magic just traded three players: Aaron Gordon, Evan Fournier, and Nikola Vucevic. Sports writer Roy Parry covers the Orlando Magic for the Orlando Sentinel. He tells WMFE’s Talia Blake fans will have to be patient as the team searches for a winning formula.

Below is an edited transcript of the conversation:

Talia Blake: What does this move mean for the team?

Roy Parry: It’s a total rebuild, and that may be a strong word. So, perhaps we should use reset. They just reached the point where they felt like it was time to move on from those three core veteran players that you mentioned, and try to establish some sort of a plan moving forward where they can use draft assets and young players with a lot of upside.

Blake: As you were saying, earlier, the Orlando Magic seemed to be rebuilding their franchise right in the middle of this season. Why do it now? Why do it this season?

Parry: There are a few reasons for that. Number one: Vucevic was probably not going to have a higher trade value. He’s going to be 31 next season. His contract would have put him in Orlando for two more years. Evan Fournier is on an expiring contract. So, he potentially could have left and free agency after the season, and the Magic would have gotten nothing for that. And then same with Aaron Gordon. He has two more years left on his current deal, and kind of a log jam for that power forward spot. So, you can see where the Magic really we’re at a crossroads. With the season that they’re having, they’re in line for a top five pick. It’s an opportunity to draft some impact players, and then start to rebuild the roster into something that has a higher ceiling.

Blake: Speaking of rebuilding the roster, are the Orlando Magic in NBA purgatory? Are they seen as a team either to build your skills and move on versus a team that goes out there and wins championships?

Parry: I think that’s a pretty fair assessment. If you look at the history since  Dwight Howard left, you’ve had some really lean years, just one winning season. So yeah, from an organization’s standpoint, if you’re looking from the outside, it does sort of give that appearance that it’s a franchise that’s sort of had a lack of direction. I think that it does look like it’s a place that is a struggle to be as a player in terms of winning. The guys on the roster get along. There’s nothing that says it’s a toxic environment, but in terms of being successful and building that winning culture, yeah it’s been pretty difficult.

Blake: What do you think the team or the organization needs to do to change that?

Parry: Well, I think it starts with getting guys in there that you want on your team, in terms of what you want your team to look like. It’s not that guys don’t want to win. Everybody in the NBA wants to win. You can look at what Aaron Gordon said about wanting to be traded. He said, “Look, it was a series of frustrations, and one of those was because we just didn’t win enough.”

Blake: Lastly, what does the future look like for the Orlando Magic.

Parry: It’s going to probably be a couple of seasons where they’re going to struggle, and maybe even a third. This draft will be key. There’s some really talented players at the top of the draft, and if the magic can get the right one, that’ll make a big difference. It’s all going to be a process. It’s not going to happen in a short amount of time. So unfortunately, there’s going to have to be some patience.