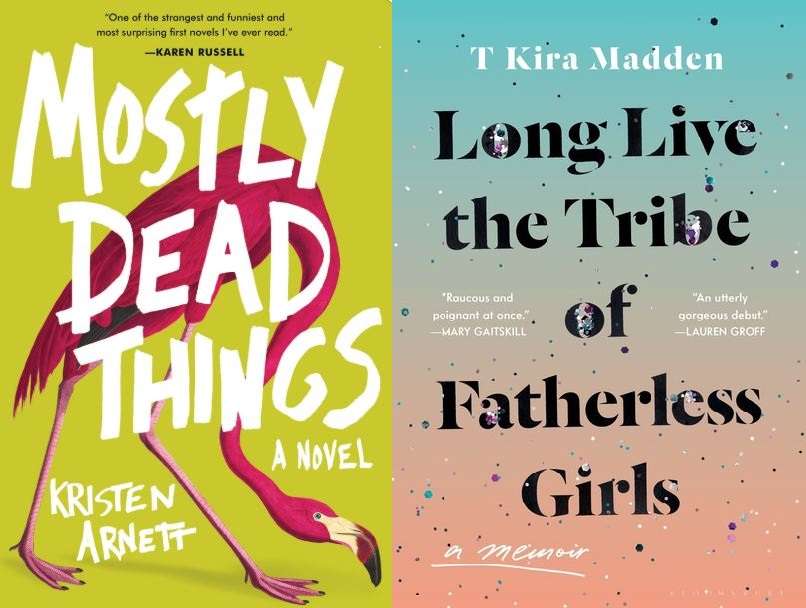 Growing up in Boca Raton, T Kira Madden experienced what she described as cult like privilege, racial disparities and rampant white collar crime.

Madden’s father built a shoe empire along with her uncle Steve Madden, and he worked with Jordan Belfort, whose Wall Street excesses were dramatized in the movie The Wolf of Wall Street.

In her memoir, Long Live The Tribe of Fatherless Girls Madden writes about the challenge of coming of age as queer and biracial in Boca Raton, as her parents grappled with drug and alcohol addiction.

Madden will read from her memoir at Writer’s Block bookstore in Winter Park this Wednesday. She’ll be joined in conversation by Orlando based queer writer Kristen Arnett, whose forthcoming debut novel Mostly Dead Things delves into the world of taxidermy.

Madden tells Intersection her memoir is a “three act story. The first act covers my childhood, the second act covers coming of age in my teenage years. And the third act is actually in the present.”

“After my father died I made some discoveries about our history that kind of reframed the entire book. I wrote all of that after the book had sold.”

Madden says growing up, her family traveled to Las Vegas a lot so her father could play poker.

“I would try to stay in the casinos with him, but I would always be kicked out, of course.”

Madden says she and her mother would go to magic shops while her father gambled. She took magic classes there, and continued those classes in Plantation, Florida.

Magic is “still a big part of my life,” says Madden.

“I’m interested in the craft and the mechanics behind tricks, the designs of certain tricks. I approach writing and art the same way I approach magic. I’m always after that kind of moment of awe.”

Mostly Dead Things is  a “story about a young, lesbian, woman who has to take over her family’s taxidermy business in Central Florida after her father commits suicide,” says Arnett.

“It’s looking at the dynamics of family and also what it means to try and take care of your family when you maybe feel incapable of doing that,” she says.

Arnett says taxidermy was “something that I grew up seeing all the time, but not necessarily thinking about.”

“I’m also very interested in the body and the physicality of things, so the idea of being hands on within the book and using taxidermy as the focus to show how we want to pose things and have things happen, seemed exactly right for me to write about,” she says.