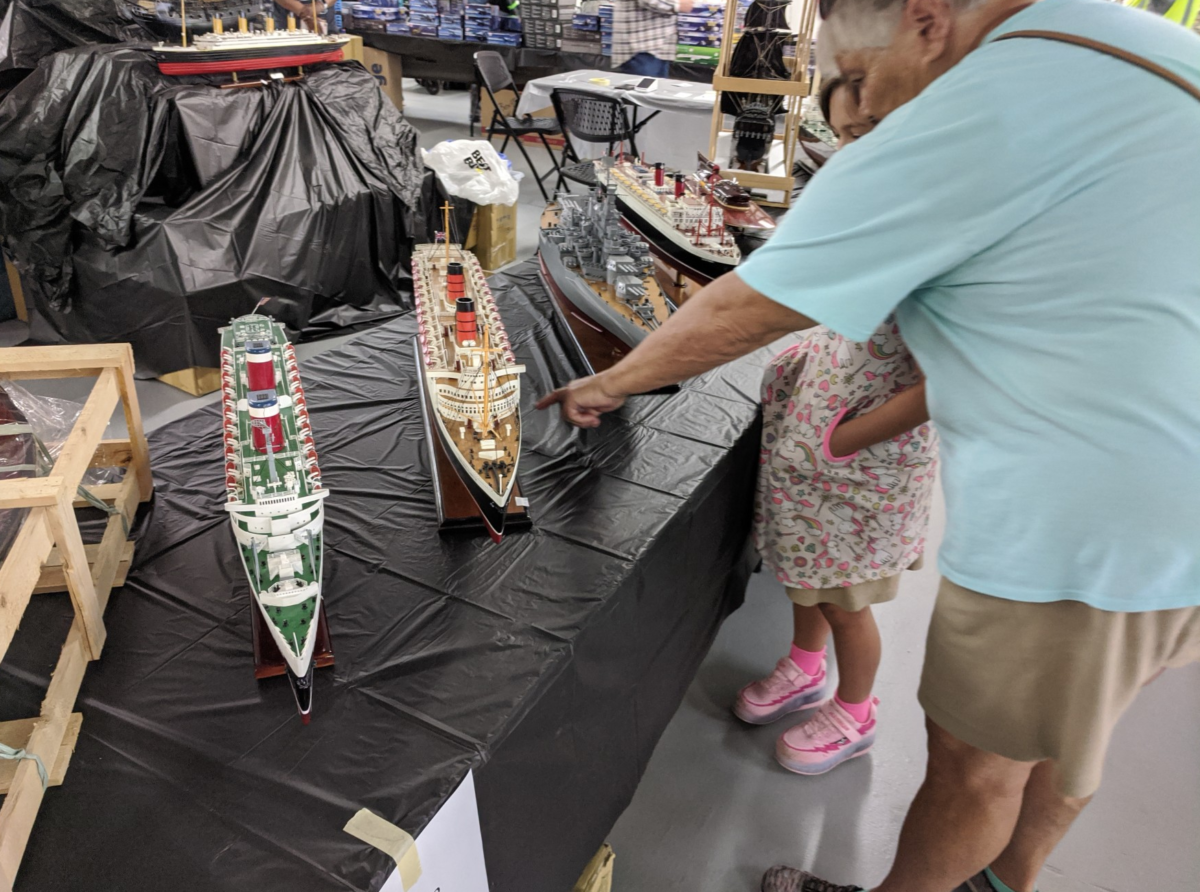 Besides trains, there were also the highly-detailed model ships of Mississippi's Yale Skipworth, which were a big hit with show-goers of all ages.

Displays included Lionel classics from the 1950s to the latest T-Track modular layouts with LED lighting and Smartphone controls.

Model trains and other miniature wonders filled the North Florida Fairground’s exhibit halls both Saturday and Sunday. It was the return of the Big Bend Model Railroad Association’s yearly exhibit and sale amid a one-year absence to the pandemic.

Fans young and old crowded around the dozens of model train exhibits and layouts.

Among the vendors was Josh Murrah from Mobile, Alabama. His specialty is the so-called T-Trak system of scalable layouts.

“These are in small individual modules that people can work on a desk or someplace small and combine. I think that’ll be the way forward with model railroading.”

But not all the models were of trains. There were also the stunningly detailed ship models, hand-crafted by Mississippi’s Yale Skipworth. How long does it take for him to build one?

“Anywhere from 100 to 200 hours, depending on the ship,” he estimated. And how much does it cost?

His most popular creations? Models of the Titanic and 18th Century pirate ships.