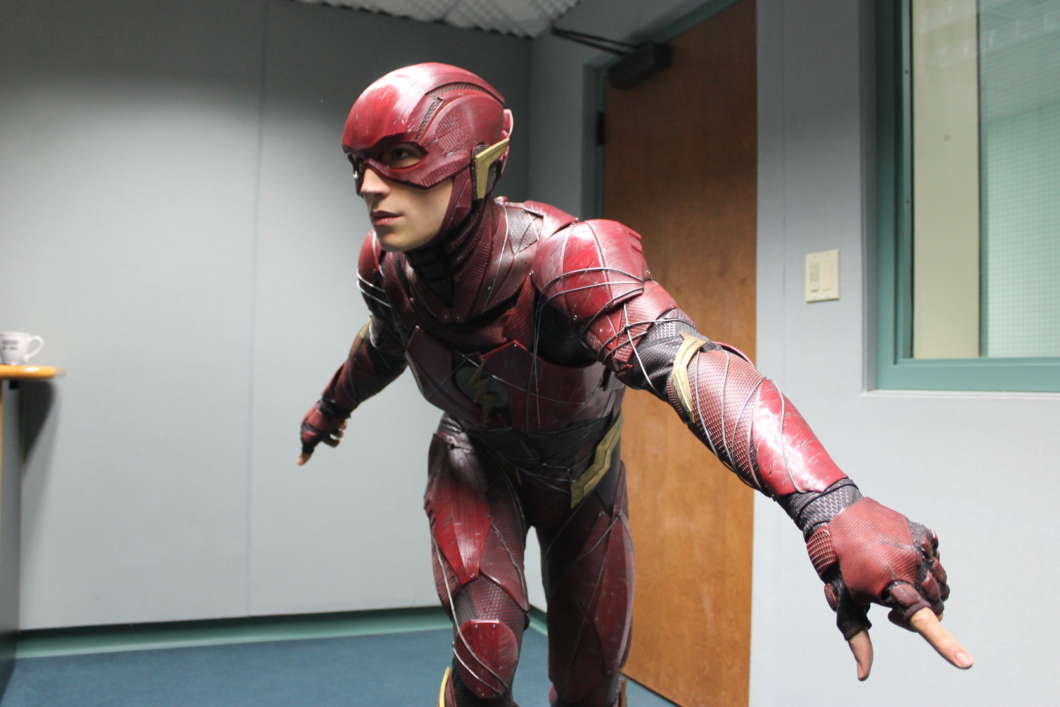 The Flash is the latest addition to Madame Tussaud's lineup in Orlando. Photo: Matthew Peddie, WMFE

All of the figures inside of Madame Tussauds Orlando are based on real-life iconic people or characters, giving visitors the chance to meet the likeness of their favorite celebrities, superheroes and more.

The Flash will join other DC Comics superheroes at the museum including Batman, Superman, Wonder Woman and Aquaman.

“All of our Justice League characters do give a lot of excitement mainly because when you go into the experience you’re completely transported into Gotham City and Metropolis, and each of the figures has an interaction,” says Jade Sparks, marketing manager for Madame Tussauds and Sea Life Orlando. Visitors can run in place alongside The Flash.

All of the museum’s figures are made in London by artists at Merlin Magic Making and shipped to the Orlando location.

As a studio artist, Ruth’s job includes maintaining the condition of the museum’s wax figures using everything from paint to turpentine to a lighter. While her background is in portraiture, she says her job at Madame Tussauds Orlando has provided her with a whole new set of skills.

“You’re able to see the colors in a different way than you had ever seen them before, so it’s a lot of learning as you do it,” Ruth says.

The Justice League experience began as an idea on a piece of paper at the Orlando museum, says Sparks, before growing into a fully fledged exhibit.

“Obviously, being in Orlando and knowing who our consumer is and our guest is, we always want to cater to what is going to excite them and make them excited to come visit us,” she says. “It was such a thing to be proud of for our team, and to see it keep growing.”