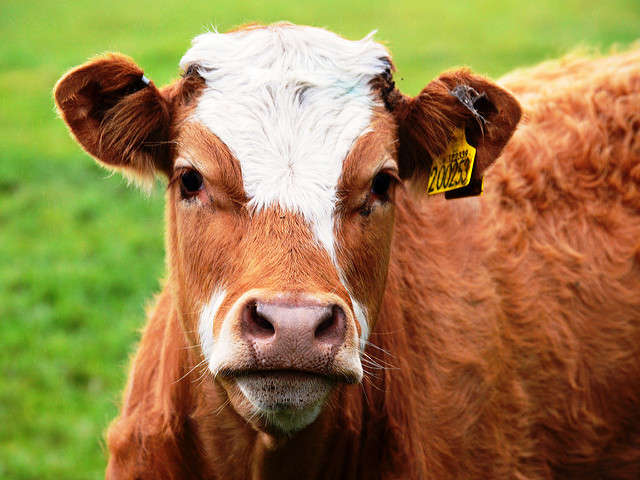 A cow in Florida has tested positive for a form of Bovine Spongiform Encephalopathy or Mad Cow’s Disease. The Associated Press reports because it never entered the slaughter channels, it doesn’t pose a direct threat to food sources or humans in the state.

The United States Department of Agriculture said the neurological disease was detected during its routine inspections of cattle that are unfit for slaughter. The six-year-old cow tested positive for the H-strain that tends to arise spontaneously in cattle that are eight years or older.

Previous to this case, the USDA said there have only been five cases of Mad Cow Disease in cattle in the United States. The majority tested positive for this atypical strain. Only one case found in a cow imported from Canada tested positive for the common strain that causes Creutzfeldt-Jakob disease,  a deadly neurological disease in humans.

Mad Cow Disease is not contagious through normal routes of infection, but can be contracted when animals or humans ingest contaminated meat products. The small mis-folded proteins called prions common in the disease cause abnormal brain structures that look a bit sponge-like, thus the origin of the name.

These structures cause problems with normal cognition and mobility and eventually lead to death.

The U.S. Food and Drug Administration said the incubation period of the disease in cattle is long, about four to six years after they’ve come in contact with the contaminated food source. Then they will demonstrate problems with coordination including their abilities to walk and stand.

Federal and state agencies continue to study the brain tissue from the animal for additional information about this case.