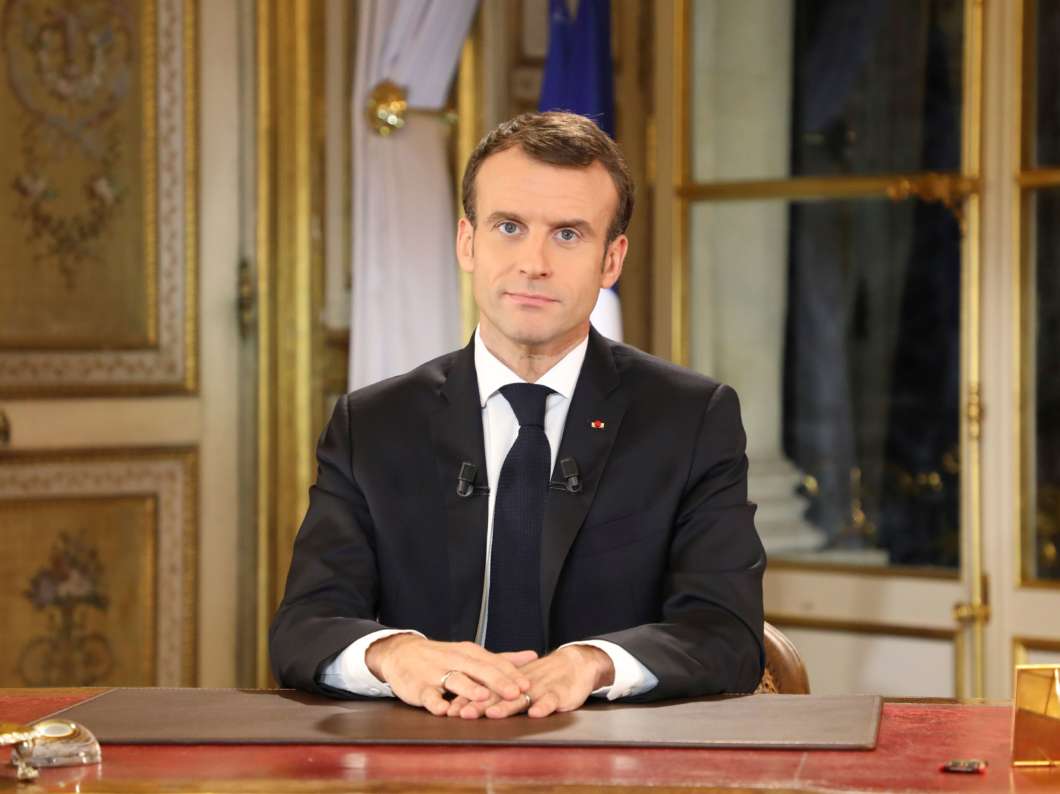 Trying to quell violent protests across France’s major cities, President Emmanuel Macron on Monday introduced a series of new measures he hopes will chart a path out of the political crisis and put an end to the anti-government demonstrations.

In a 13-minute speech from the Elysée Palace, Macron declared “a state of social and economic emergency,” offering a handful of concessions to his critics, including promises to deliver tax relief for the poor and to cancel a tax increase on retirees.

It was his first public address after a week of silence, during which the gilets jaunes — yellow vests — protests continued to wreak havoc and mayhem on the streets of Paris, Marseille, Bordeaux, Lyon, Dijon and Toulouse for the fourth weekend in a row.

Macron’s plan to placate the yellow vests included a 100 euro per month minimum wage hike — equivalent to $114 per month — set to go into effect on Jan. 1, 2019. He paired the raise with the elimination of tax on overtime and end-of-the-year bonuses, and he encouraged employers “who can” to give bonuses as a way of helping to solve the social crisis in France. He also rescinded a planned tax on pensions that are under 2,000 euro per month.

These were among a wide range of demands by the yellow vests protesters, whose movement has gained widespread support after initially rallying against Macron’s proposed fuel tax that was supposed to go into effect in January.

Macron cancelled the fuel tax last week hoping it would appease protesters and put an end to the rioting and looting in many cities.

In the four weeks since they started, the violent demonstrations have caused millions of euros in damages — in Paris alone, the city estimated the Dec. 1 protest caused about 3.4 million euros (nearly $4 million U.S.) in damage. And NPR’s Jake Cigainero reported the French commerce federation said businesses have lost at least a billion euros (more than $1.1 billion U.S.) in sales.

The president, who has been accused by the yellow vests of being arrogant, out of touch and committed only to representing the interests of the rich, addressed France’s struggling middle class and pensioners in soothing and sympathetic tones in the prerecorded speech on Monday. He said he understands the anger against his government runs deep and has been decades in the making.

“I may have given you the impression that this was not my concern, that I had other priorities. I take my share of responsibility. I know I have hurt some of you with my words,” Macron said.

Macron’s move to raise wages appeared to go against advice from Labor Minister Muriel Penicaud, who on Sunday told the Associated Press, “there will be no boost for the Smic (minimum wage),” because “it destroys jobs.”

One of them, Alain Bouché, acknowledged the president had made concessions but told the network yellow vest members will decide if Marcon’s emergency measures will be enough to stop the demonstrations.

“If they’re proposing it now, the government could have done it weeks ago,” Bouché said. “So why did they wait until there was conflict and violence?”

Although he admitted he is partly to blame for the protests, the president condemned the violence seen at yellow vest demonstrations. He said calm and order must reign.

“No anger justifies attacking a police officer, a gendarme, or damaging a shop or public building. When violence is unleashed, freedom ends,” Macron said.

He ended the brief speech by saying he would meet mayors region by region to chart a new program.

Then he addressed an issue that has not come up on the long list of demands by the yellow vests: He said his government would take measures to control immigration in what appears to be an attempt to prevent the narrative from being hijacked by the far right.