Low Chance of Caribbean Development in the Atlantic This Weekend 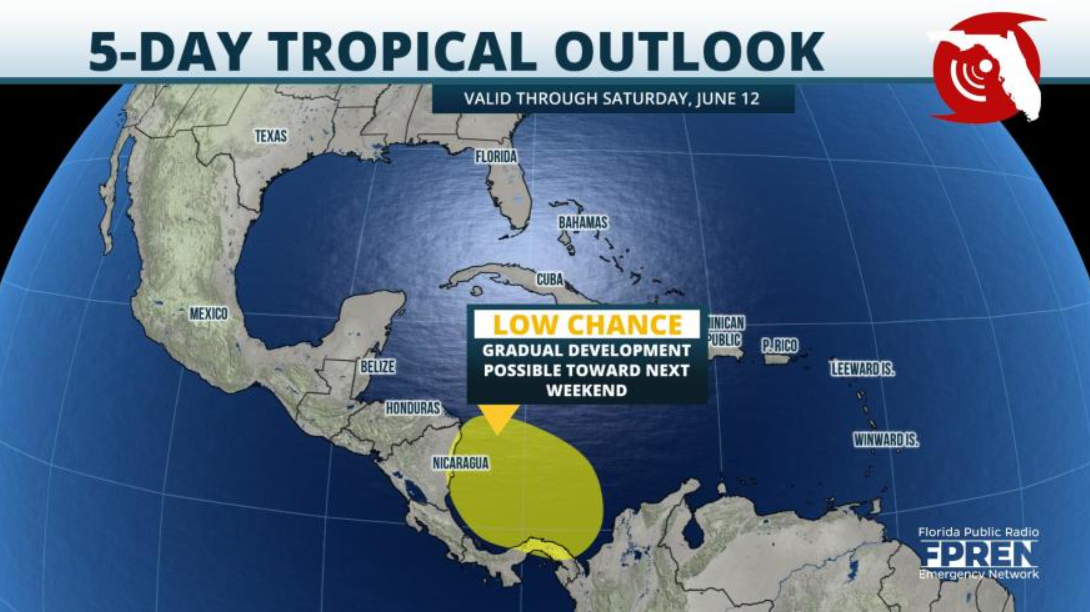 We’re one week into this year’s Atlantic hurricane season and there have been no tropical related concerns to the United States so far.

Even though the National Hurricane Center has identified an area in the Caribbean for possible development, Meteorologist Jeff Huffman says it’s not an imminent threat.

“Right now, this is just likely to become an area of disturbed weather that could produce heavy rain across portions of Central America. Long range data suggests some of that moisture may eventually move into the Gulf, but that wouldn’t happen until next week.”

Jeff went on to say that the Gulf and western Caribbean are climatologically favored areas for tropical development in June, but as of now chances with this disturbance are low.