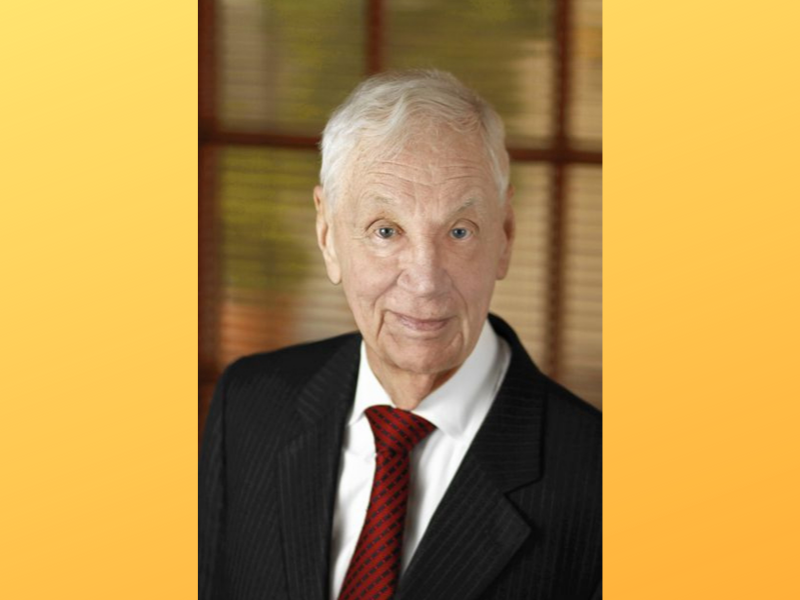 Former Republican Congressman and long-time WMFE political commentator Lou Frey has died. He had a storied career as a legislator who focused on crossing the political aisle.

To those who knew him best, above all, Congressman Lou Frey wanted what’s best for his country and constituents and he was able to look past party to accomplish that goal.

“Lou was first of all an American,” said Charles Grey, an attorney and long time friend of Frey. Grey worked on the campaign to get Frey elected to Congress.

“He placed his family and his country above politics. He was quick to walk across the aisle to work with Democrats. That was an era of civility.”

Frey began his career in politics in Orange County after his time in the Navy. In 1961, he became the Assistant County Solicitor. At 32 years old, he went on to serve five terms in the U.S. House from 1969 to 1979. He left the House to run unsuccessfully for a seat in the Senate and also for Governor.

He always wanted to get things done in Washington, even if his colleagues weren’t there. “Sometimes you’d go up there and go ‘Hello? Hello? I’m here I’d like to get some work done’ and nobody’s on the floor,” he told WMFE in a 2015 interview.

During his decade in Congress, Frey fought for Florida. He was responsible for the purchase of what is now Orlando International Airport for one dollar from the Air Force. He halted the Navy’s plan to move its simulation organization from Orlando which helped stimulate the region’s now burgeoning simulation industry. He also worked with Democrats and Republicans to solidify the Kennedy Space Center as the home base of the Space Shuttle program.

“I always just enjoyed hearing him talk, especially about his time in office, the negotiations that were going on with the White House at that time, with the Nixon administration, understanding the history behind the Kennedy Space Center and getting the shuttle program launched,” said Mark Simpson, Director of News and Public Affairs at Maine Public Broadcasting and former host of Intersection on WMFE.

Frey’s commitment to his constituents continued even after his time in office. Working with Senator Bob Graham, Frey established the Joint Center for Citizenship which supported civics education in grades K-12 throughout the state. He also established the Lou Frey Institute of Politics and Government at the University of Central Florida.

Democratic commentator Dick Batchelor worked with Lou Frey as a political commentator on WMFE for more than 20 years, first starting on the TV side, then joining WMFE’s “Intersection” in 2007.

While he built his political career on his ability to reach across the aisle, Frey was worried about divisiveness in politics and the Republican party.

Speaking with host of Intersection Matthew Peddie in 2015, Frey was concerned with the crowded Republican Presidential primary that pitted former allies as foes — paving the way for political outsider Donald Trump to win the nominee and eventually the White House.

“Jeb Bush versus Marco Rubio, is that ever going to happen in a primary?” asked Peddie of the looming GOP battle for the 2016 Presidential nomination.

“No,” replied Frey. “If it does, the Republicans can go home. You’ve gotta figure it out and somebody’s gotta end up being the candidate and it would be a very well-oiled campaign at that point when it happens. I think that it’s gotta happen, otherwise you’ll destroy the Republican party.”

For friends and colleagues, Frey’s legacy will be his commitment to Floridians and his pursuit of an informed, educated and civil discussion about politics.

Frey leaves behind his wife, five children, seven grandchildren and two great-grandchildren. He was 85 years old.