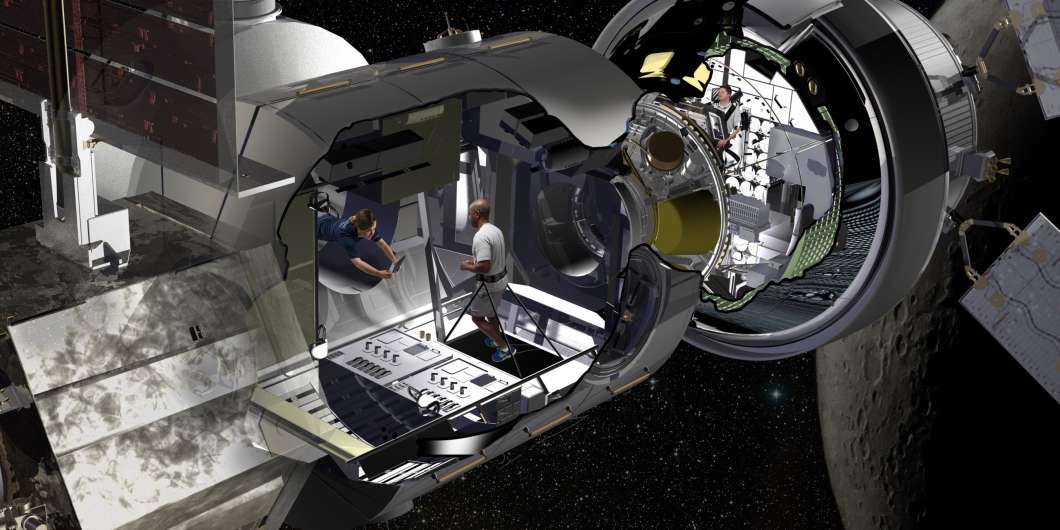 Lockheed Martin artist rendering of the NextSTEP habitat docked with Orion in cislunar orbit as part of a concept for the Deep Space Gateway. Orion will serve as the habitat’s command deck in early missions, providing critical communications, life support and navigation to guide long-duration missions. Photo: Lockheed Martin

The plan is to put a space station near the moon as a kind of cosmic rest-stop for deep space missions to places like Mars. It’s called the Deep Space Gateway and NASA asked Lockheed Martin to design a prototype at Kennedy Space Center.

Lockheed engineers are using the Donatello Multi-Purpose Logistics Module (MPLM), an old space shuttle cargo container that was once used to send supplies to the International Space Station.

Using recycled parts will lower the cost of the prototype, and speed up development. “Making use of existing capabilities will be a guiding philosophy for Lockheed Martin to minimize development time and meet NASA’s affordability goals,” said Bill Pratt, Lockheed Martin NextSTEP program manager. The team will also use a mix of virtual and augmented reality to test the tech that will keep the astronauts safe.

Work on the prototype will last about 18 months.