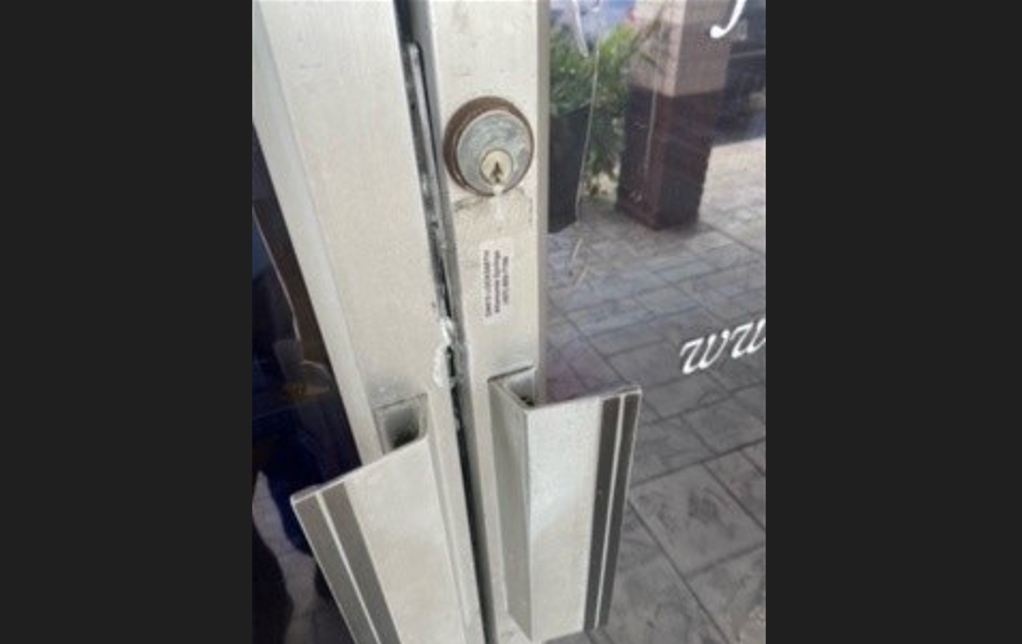 In addition to graffiti, someone squirted glue into the lock on the front door at the Seminole County GOP office. Photo: Casselberry PD

The Seminole County Republican Party office in Casselberry was vandalized over the weekend.

Someone spray-painted a crude insult and the word “fascists” on the plate glass windows of the office, at 460 State Road 436, Sunday evening or Monday morning.

An anarchist symbol appeared under the words. And someone squirted glue in the lock on the front door, according to a Casselberry Police Department incident report.

Police had no update on the case Tuesday afternoon. The report said there was no surveillance video from the scene.

On Facebook, the local party called it a hate crime, blaming rhetoric from President Biden, who recently compared the “extreme MAGA philosophy” of some Trump supporters to semi-fascism.

The incident occurred in the same week that the local party chairman — Benjamin Paris — is standing trial for a campaign finance-related misdemeanor.