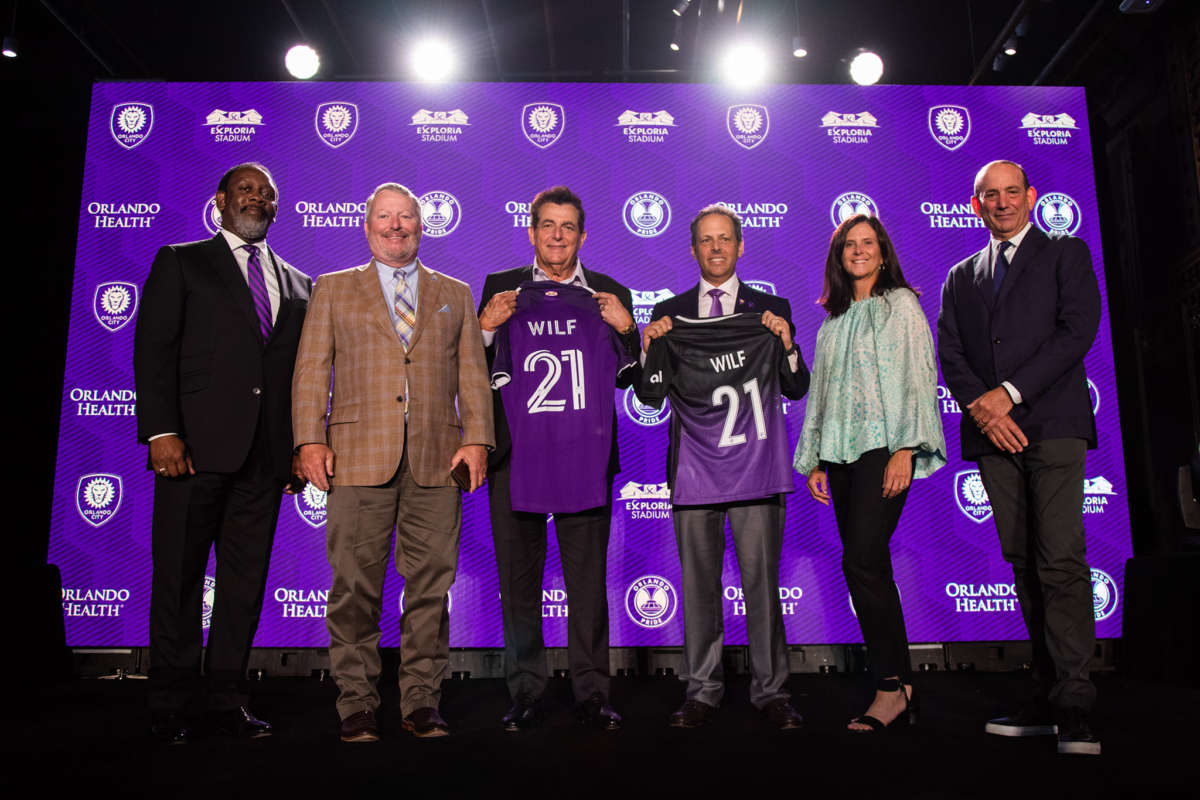 Orlando City and Orlando Pride welcomed new owners the Wilf Family to Orlando at a ceremony at Exploria Stadium on Wednesday.

Brothers Mark and Zygi and cousin Lenny now own the soccer clubs and Exploria Stadium.

Orlando Mayor Buddy Dyer says the soccer teams have meant so much to the city, especially after the Pulse shooting when the league took a knee for 49 seconds to honor victims.

“I can’t think of a thing that helped pull the community together more than that. So I understand what a great professional sports team means to our community and I know that you do too. Welcome to our community.”

Dyer says in the years since the shooting, the clubs have grown to include Olympians and hopefully in the near future even host a World Cup.

Mark Wilf says his family are truly humbled by the opportunity to lead the teams.

“We have great passion for soccer and we’re believers in the growth of both the men’s and the women’s games. In fact on a personal level, I’m a soccer dad multiple times over. My own children all played youth soccer. Sports is a special passion, not just for the excitement of the business but the fact as we’ve been speaking here today, really bringing the community together and that’s something important to us.”

The Wilfs already own the Minnesota Vikings.

A warm Orlando welcome to the Wilf Family! #AdAstra pic.twitter.com/GfHISlqoNU