The future of living and learning in Volusia County 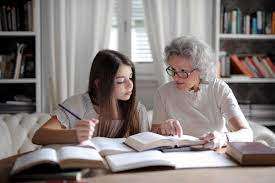 Bethune Cookman’s School of Business and Entrepreneurship is looking into living and learning communities that engage the entire family, not just the student. (photo: Andrea Piacquadio/Pexels)

Usually when you hear about living and learning communities, they mention college dorm life.

But at Bethune Cookman’s School of Business and Entrepreneurship they’re looking into living and learning communities that engage the entire family, not just the student.

WMFE’s Talia Blake talked with Lawrence Drake, interim president and dean of the College of Business and Entrepreneurship at BCU, about what this type of community looks like and how it could impact the economy.

According to Drake, some data suggests that people that live in communities that have a university in the center, particularly predominantly white institutions, earn 8% to 10% more than adjacent communities where the university is not located.

“In the African American community, particularly among historically black colleges, that data actually is the opposite,” he said. “As many of the people in that community are earning less than those, not only adjacent community, but even at the university.”

BCU is trying to change that by engaging the community surrounding the school in learning.

Drake said they’re still hammering out the details of what this model looks like. “You could do anything from acquiring the property to having a collaborative relationship with the homeowners, there are a number of different ways in which you can figure out how to finance the model,” he said.

However, Drake said the bigger point is having households feel like they’re getting an upgrade to their property, while also having an opportunity to engage in a learning opportunity that increases their social mobility. “If you can accomplish those two things, regardless of the model you’re using,” he said. “You can actually change the face of the community and certainly change the face of entire families.”

Drake said they’re anticipating to get a pilot of this program up and running within the next 18 months.

To get the funds for this program, Drake believes it will be a public-private partnership. “We certainly think that there is funds available to do this kind of work, but we’ve got to pilot it, we’ve got to make sure it works. So we have some people that we’re talking to that we think will give us the opportunity to pilot the idea,” said Drake.

Impact to the Economy and You

Once the new learning program gets underway, Drake said it will have ripple effects in our economy as people begin to earn more with their new skills. “If you have communities that are earning more, you should have everything from higher tax bases, to more tax income, to people who can actually buy more,” he said. “If they can buy more than that means there is an economic engine being driven by this idea. So we think certainly if the tax base is growing, if the economic consumer portion of spending is growing, then you’re growing overall, the top line for the region for Volusia County and for the state.”

As households grow, its important to think of the current structure of one today and Drake said it will continue to change in the future. “We want to make sure that we are adjusting what we consider to be family to that sometimes the family may be older, sometimes it’d be younger,” he said. “So how do we get a learning plan for grandma? She’s 70 and what would she be interested in learning and we think there are opportunities to stimulate her.”

Drake said research shows that if we are stimulating the mind regardless of the age, the opportunity for that particular person to extend their life is greater. “So we think there’s not only the opportunity to increase their learning capability, but their well being as well. And those are things that are built in to what we think this model can be,” he said.