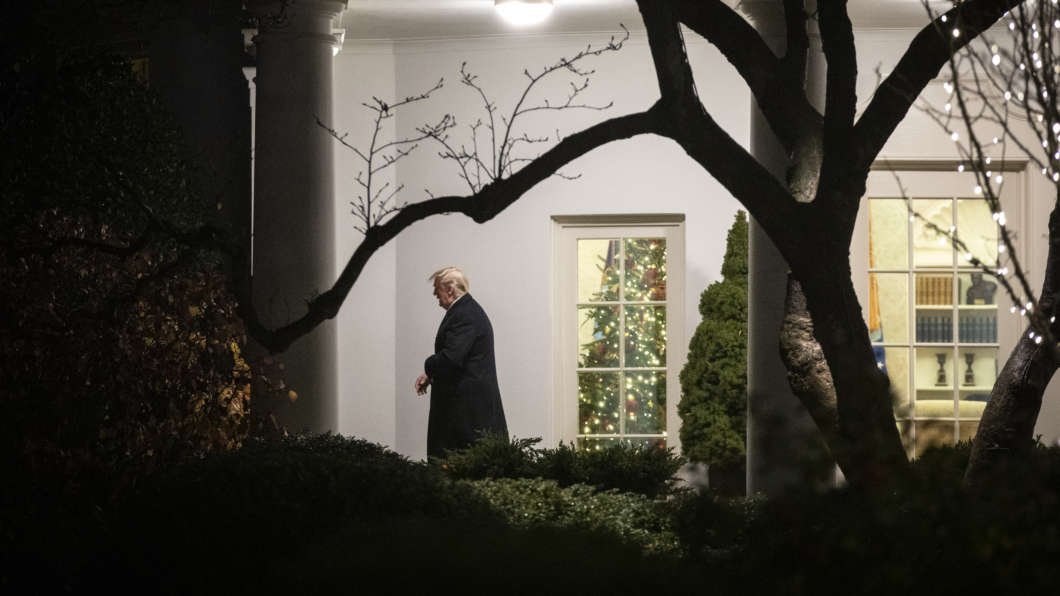 House Democrats begin work on completing their articles of impeachment against President Trump Wednesday evening, setting the stage for a vote by the full House.

The Judiciary Committee is convening to amend the impeachment legislation introduced Tuesday by House Speaker Nancy Pelosi, D-Calif., and her top committee chairmen and women.

A second session is expected on Thursday at 9 a.m. ET.

This process involves proposed changes by committee members to the text of the bill before a vote on whether to refer the measure to the full House.

Democrats control the majority on the panel and in the chamber, and they appear on track to complete this project.

This week marked only the fourth time that articles of impeachment have been introduced against a president, and if the House votes to pass them, it would be only the third such instance in the history of the country.

What remains unclear is exactly when this work might wrap up either at the committee level or before the full House.

“That will depend on the number of amendments that the Republicans try to attach to it. It will be, in some respects, a traditional markup … but remember, there’s only two articles,” said Rep. Veronica Escobar, D-Texas, on Tuesday.

She and other House members said they were in lockstep behind the decision to ultimately make two charges against Trump: that he abused his power in the Ukraine affair and that he obstructed Congress.

Read the articles of impeachment here.

Members had debated whether to make a broader case, including, for example, one that might have invoked the findings of former Justice Department special counsel Robert Mueller — many Democrats argue he documented obstruction of justice by the president.

In the end, lawmakers agreed to allude to Mueller and the Russia investigation but stick with two articles of impeachment centered on the Ukraine affair.

“I think you will find the pillars of all of the information that we secured over a two year period is reflected in particular by references to patterns of behavior,” said Rep. Sheila Jackson Lee, D-Texas.

Trump and the White House reject the premise of impeachment out of hand.

Impeachment is a quasi-legal but mostly political process and yields the rough equivalent of an indictment — a statement by the House that it considers there to be enough evidence of Trump’s wrongdoing to trigger a trial in the Senate.

Not censuring Trump also could result in another problematic presidential election, Schiff warned.

Democrats invoked Trump’s invitation for Russia to find Hillary Clinton’s emails in 2016 and his request this year that the government of Ukraine launch two investigations Trump thought might help him in 2020 — the heart of the Ukraine affair.

Ultimately, Ukraine’s government did not agree to announce those investigations, but Schiff said Trump has made clear that he wants foreign governments to get into American politics and that affects whether voters can trust the results of the coming year’s election.

The White House sought to bolster Trump’s election security credentials on Tuesday evening in a statement about his meeting with Russian Foreign Minister Sergey Lavrov.

“President Trump warned against any Russian attempts to interfere in United States elections and urged Russia to resolve the conflict with Ukraine,” the White House said.

Republicans control the Senate and are expected to acquit Trump in the event of an impeachment trial.

Senate Majority Leader Mitch McConnell, R-Ky., has said he would convene a trial as described in the Constitution and has suggested it might take place in January, although no date has been set.

Senate Republicans are negotiating among themselves and with Trump as to how an impeachment trial might proceed.

The president and Republicans disagree, for example, about how quickly to move — whether to quickly resolve impeachment and move ahead or whether to use the spectacle in the Senate for their own political ends, including for criticism of Vice President Joe Biden.