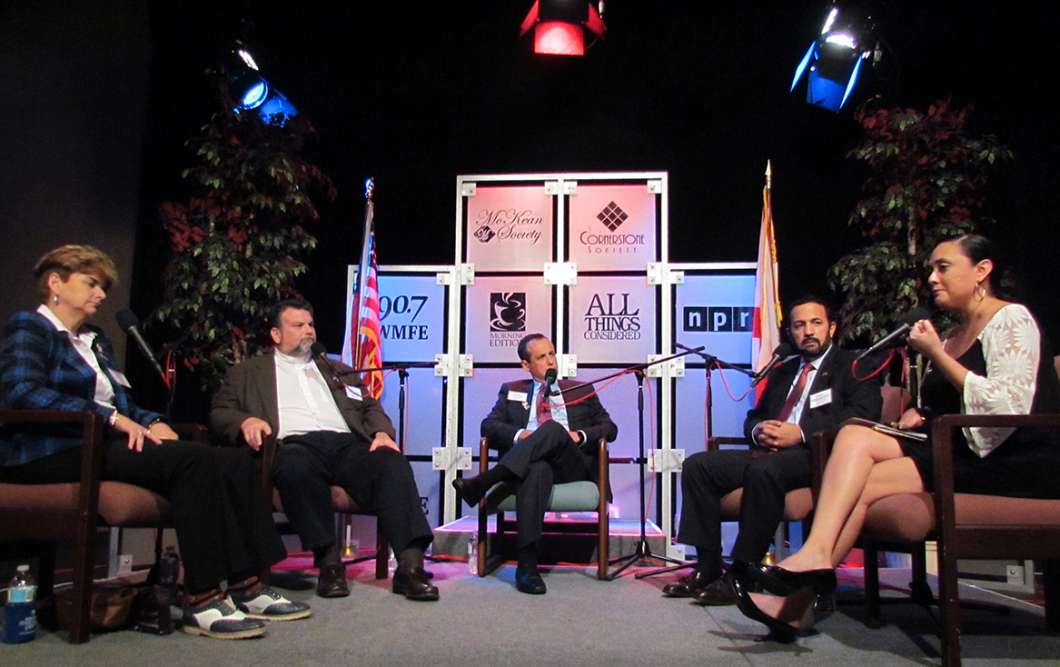 The Three Wise Guys of Friends Talking Faith – Rev. Bryan Fulwider, Imam Muhammad Musri and Rabbi Steven Engel – were in 90.7 WMFE’s studio June 7 for 90.7 WMFE’s Speaker Series/Dare to Listen event, “Orlando, One Year Later,” talking about the how the community has changed since the Pulse nightclub shooting.

They discussed religious and societal issues driven by local and national political conversations, and reflected on the LGBTQ+ issues facing the religious community. “Pulse is right in front of us all the time,” Fulwider said. “What does it mean in terms of our unfinished work in community?”