Listen In: Rep. Demings Says Gay and Bisexual Men Should Continue to Enroll in ADVANCE Study, Even as FDA Promises to Seek Alternatives to Blood Donation Ban 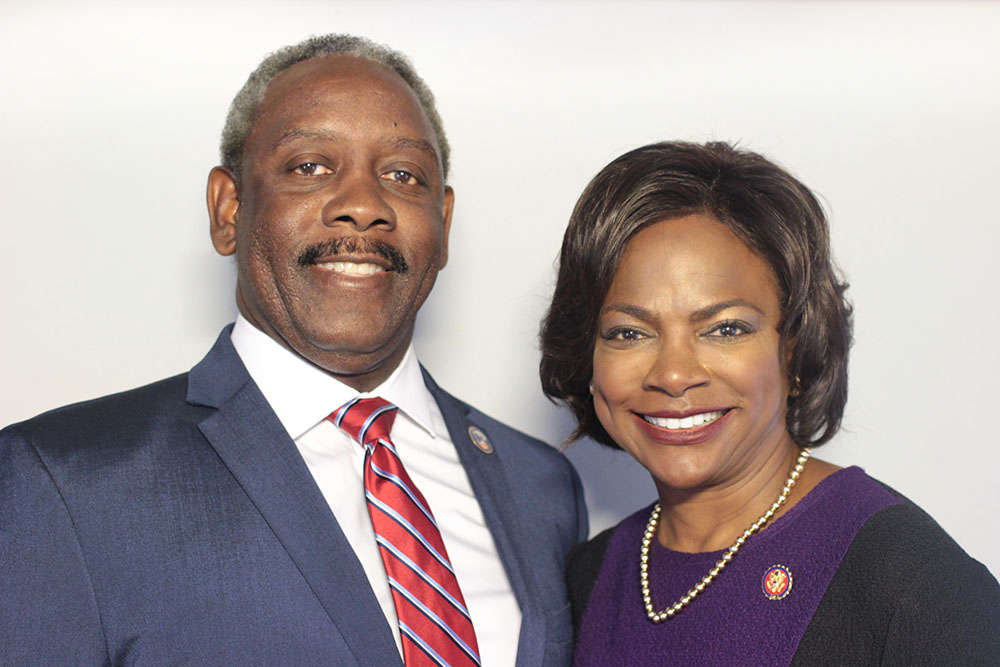 The FDA has announced in a letter to Rep. Val Demings and five other colleagues that it’s seeking alternatives to a blanket blood donation ban on some LGBTQ people.

Under current FDA policy, gay and bisexual men have to wait three months after having sex before they can give blood.

WMFE spoke with Demings about how the ADVANCE study helped bring about this change and why it’s still crucial for men to enroll in the study.

Read the full conversation below.

Glad to announce that the @US_FDA has confirmed to us that they remain open to updating the agency’s outdated, stigmatizing rules regarding blood donations. Expanding the number of American blood donors will help us to save lives when tragedy strikes.https://t.co/TNj1YlSpwe

Rep. Demings: Well, I have to say that it was extremely exciting to receive the letter from the FDA, we certainly want to expand opportunities for Americans to donate blood.

And the survey and research will really be about eliminating antiquated practices, discriminatory practices, and really updating the science. And so as you know, historically, members of the LGBTQ, particularly gay men were excluded from being able to donate blood. And you know, there was once a time when blood could not be tested for everything, including HIV, the science has changed.

And so it is really time for the laws to really catch up with the science. And any really practices that discriminate, or keep people from donating this life-saving gift should be eliminated. And so we were just delighted to get the letter from the FDA.

Danielle: Why have you been such a supporter of this study and this change in in policy?

Rep. Demings: Well, you know, discrimination of any kind is wrong, right. And we should always look for ways to come together to protect the health, safety and well being of our neighbors. But I can’t help but remember, the Pulse nightclub shooting. Pulse is in my district, as you know, 49 people lost their lives. 53 plus, others were injured. And I’ve heard the stories from members of the LGBTQ community who were looking for what they could do to help and certainly, you know, giving blood is a major way to help during such a mass incident.

And they were turned away. And it’s really the the images of that the inability to help because the science had not or at least, the practices had not caught up with the science.

Danielle: Now this letter is certainly not the end, is it? Why is it still important for gay and bisexual men to sign up and participate right in your district in Orlando in this study?

Rep. Demings: It is extremely important because the data that results from the study will certainly help to expedite and push ultimately, where we’re trying to get to forward. I’m just grateful that the Center has stepped up and is recruiting participants for the study, but there are recruiting efforts going on in several states throughout the nation. And so, you know, we want to be ready when the FDA is ultimately ready to move on this. And so the participation now is critical.

Danielle: You know, we’ve talked today about what this means for LGBTQ rights. But what does it even mean just for, you know, blood banks, we’ve seen a shortage here in Orlando of blood during the pandemic, how will this increase the number of people dramatically who can donate and maybe help us in the next crisis?

Rep. Demings: Right. As a former law enforcement officer, I certainly am keenly aware of how precious of the donation this life-saving donation is, it truly is. Donating blood truly is the gift of life. And so you’re absolutely correct. It’s all about expanding the opportunity for persons to be able to donate blood, and that’s what makes it this milestone, if you will, during this process. That’s what makes it a great day.