Listen in: Parents on both sides of the mask debate rally outside of OCPS ahead of the end of the 60-day mandate 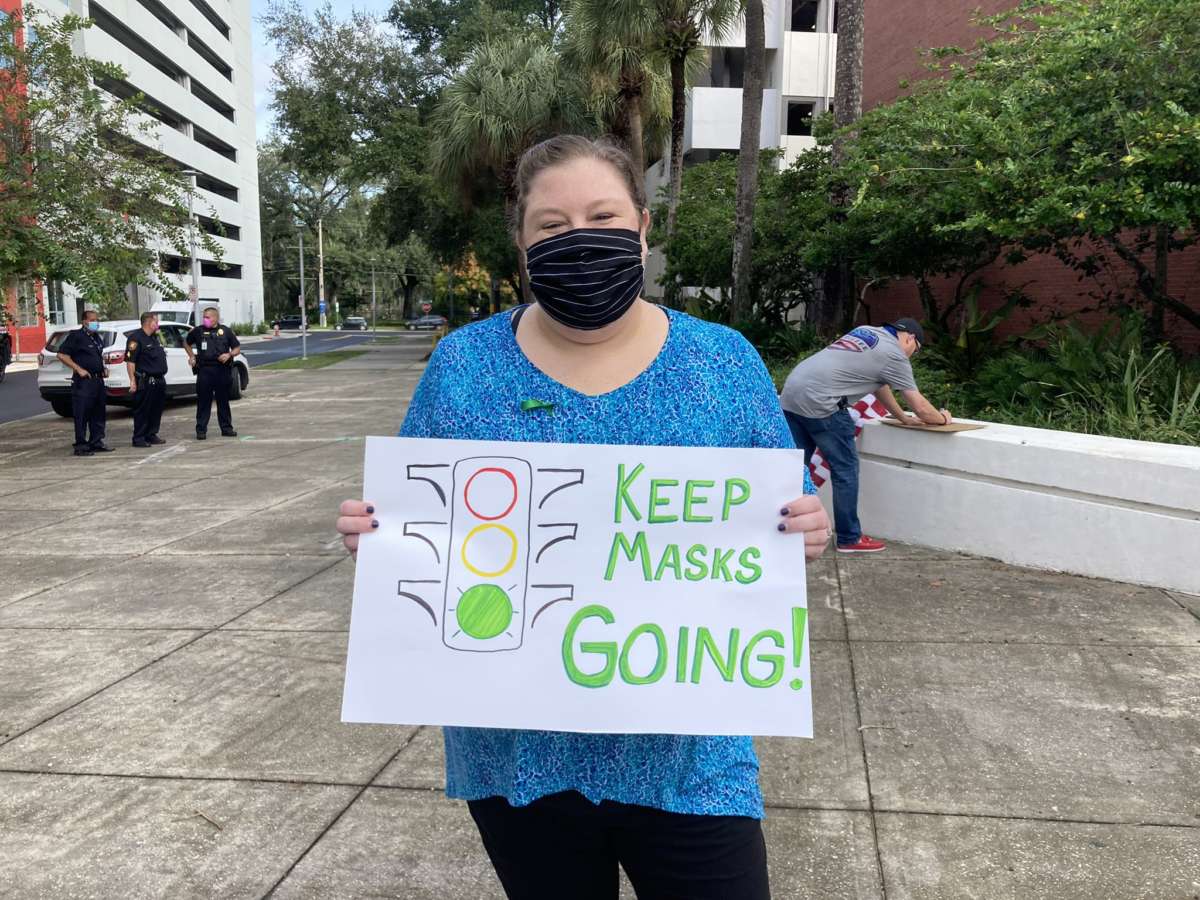 Pro- and anti-maskers along with local leaders debated extending the district wide mask mandate outside of the Orange County Public Schools’ administrative offices today. The rally comes before the mandate is set to expire.

When Orange County Public Schools Superintendent Barbara Jenkins put the county’s 60-day face mask mandate in place, it was set to expire at the end of October.

But ahead of the school board meeting scheduled for Tuesday afternoon, some parents are calling on the district to extend that mandate through the end of the semester.

Lora Vail is the mom of an OCPS first grader and organizer of the event. She wants to see the mandate in effect at least until all school age kids can get the shot.

“And we’re asking that the board extend the mandate until December 17th to give those students 5 to 11 years old a chance to get fully vaccinated.”

Joanne Respress, also the mom of an OCPS first grader and a pediatric nurse, says face masks prevent infections in unvaccinated kids including those whose parents don’t believe in masking.

But Willie Montague is skeptical. He organized the counterprotest and is a Republican candidate for Congress in District 10.

“It started off by saying two weeks. Now here we are going into almost two years.”

The Orange County School Board will meet Tuesday to discuss, among other things, the face mask mandate.