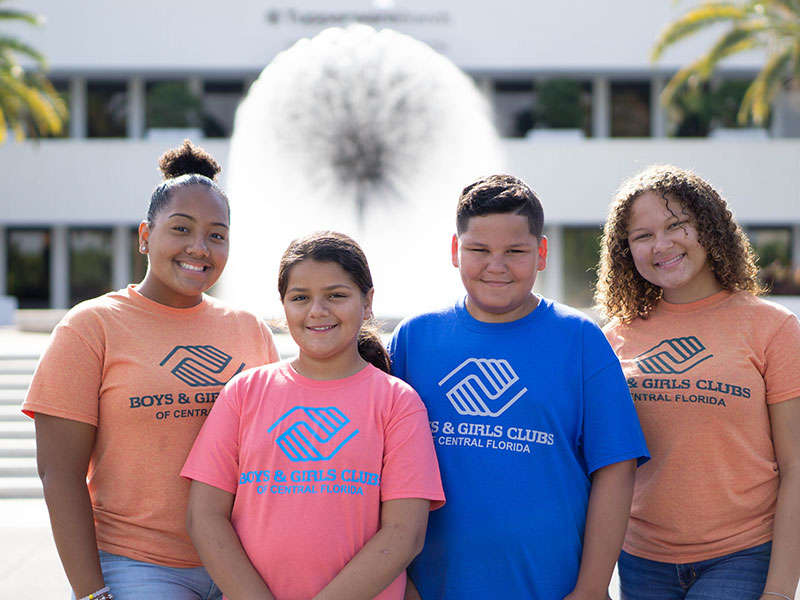 A lot of people are remembering Colin Powell today after his family’s announcement on his death from COVID-19 complications at the age of 84.

Powell was a Vietnam veteran, chairman of the Joint Chiefs of Staff, and the first Black Secretary of State. After he retired from public service, he served on the board of the Boys & Girls Clubs of America.

WMFE spoke with Boys & Girls Clubs of Central Florida President Gary Cain about Powell’s love for children and his 2013 visit to the area.

Gary Cain: Well, I remember that it was for a Parade Magazine shoot. And that he came to our what is now our Disney club, I think back then it might have been our, just our Pine Hills club in Pine Hills. And he, you know, a lot of things that stand out.

One was prior to talking to the kids, he, he was out there he was in a suit and tie the whole time, never took his jacket off, had his dress shoes on, and he went out into the field, and he was kicking a soccer ball around with the kids. And of course, I’m worried he’s going to turn an ankle or something, but just had a great time doing that.

And then he came in to speak with the kids and took a number of questions. And I think if his handlers hadn’t been pulling him out the door, he would have taken more. But he was, you know, told them a little bit about his background, told talk to them about the potential in their lives and what was possible.

Danielle: You work with children. And obviously he had a great love of children and the Boys & Girls Club. Where do you think that came from?

Gary Cain: Well, you know, General Powell came from humble roots. I remember reading his book years ago, he came from modest, roots, he always worked toward the best. And he understood the potentiality in children.

And I think particularly children who grew up in less than ideal circumstances. So he wanted to bring that out. I think the reason he served on our National Board of Governors was to be that to be able to drive positive change to be that ambassador for those children who are oftentimes forgotten in society. And he did it in a very, at a very high level. He wasn’t, he wasn’t on the board of governors to lend a name. He was on the board of governors to be able to really elevate what we do.

Danielle: What do you think he would want to see in the next few years here at the Boys & Girls Club? I know he was so active in the organization, but what sorts of things was he excited about? And would, he’d want to see?

Gary Cain: So I think he would want more invested here I think his statement about we should be building more Boys & Girls Clubs and fewer prisons. If you think about it in America, we incarcerate more people than any other first world country.

And you know my grandkids have come through the pandemic, okay. They’ve got educated parents and, and so no matter the challenges, they’ve been able to stay on track with their educational foundation, and, and but I look at our children, the children served at Boys & Girls Clubs. And it has been devastating to them, the learning loss, the lack of access to reliable technology, oftentimes nobody to help them get through those issues, and then having some place that they depend upon, and really know that people believe in them, not be available to them for a period of time or being available to limit capacity, it’s not been a good time for needy children.