Listen In: ADVANCE Study Could Change FDA Blood Donation Policy for Gay and Bisexual Men, But It Needs 150 More Participants in Orlando 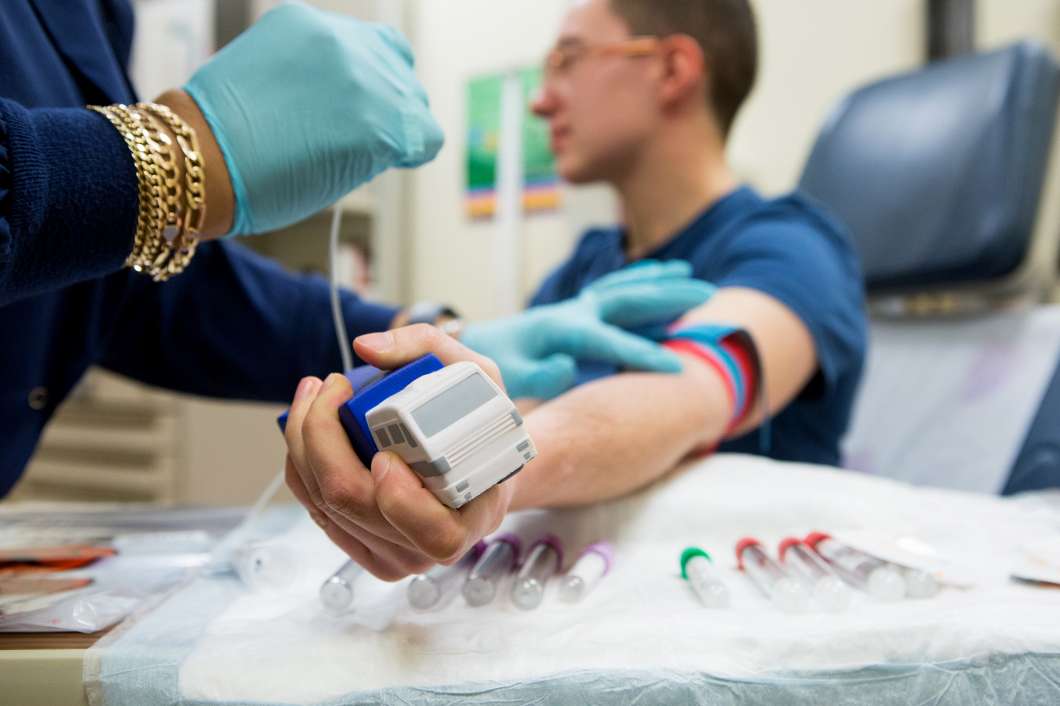 The results of a nationwide blood study that is taking place in Orlando and seven other cities across the country could make it easier for gay and bisexual men to donate blood.

But WMFE reports 150 more men in Central Florida are still needed to enroll in the study in order to change the current FDA policy banning some LGBTQ people from the blood bank.

Read the full feature below.

It was 2013 and Lynch was a Central Florida nursing student. He was excited to donate in honor of a classmate with sickle cell anemia.

Lynch says he filled out the questionnaire that’s required of all donors. Shortly thereafter he got the news.

They review it, they’re like, ‘Blake, I’m sorry, but you can’t donate blood.’ I was like, ‘Why can’t I donate?’ And they were like, ‘Well, I see you’re gay. So that means you’re banned for life.’

Although a lifetime ban is no longer in place like it was when Lynch tried to give blood, gay and bisexual men still have to wait three months between sex and blood donation.

That’s where the ADVANCE study comes in.

OneBlood blood bank and the LGBT Center in Orlando have teamed up to collect blood samples from 18- to 39-year-old men who have sex with men. The FDA will review these samples along with answers from a survey to see if a few quick questions can accurately predict someone’s risk for passing on certain STIs.

These quick questions could be added to the donor questionnaire replacing that three month wait time.

OneBlood’s Senior VP of Communications Susan Forbes says a change in the FDA’s current policy would automatically increase the number of blood donors in Central Florida and throughout the country.

Again less than 10% of the population donates blood, when upwards of 40% are eligible, but don’t.

About 100 men have already enrolled in the ADVANCE study at the LGBT Center in Orlando. They fill out a simple survey, get their blood drawn and then return for a follow-up visit and get paid 85 dollars.

But George Wallace, the Center’s director, says participating in the study is about more than just the money. It’s about fighting decades-old medical stigma and discrimination against the LGBTQ community.

This is not a special right. This is a basic right that we should be able to have to not be stigmatized, because HIV is not only a gay or bisexual men’s disease.

Orlando Rep. Carlos Guillermo Smith, who is working to get about 150 more men enrolled in the study says along with making history, the study could also save lives during and after emergencies like the coronavirus pandemic or the Pulse shooting.

There were so many gay and bi men who wanted to give blood to save a life of someone who was clinging to life in a hospital here in Orlando, after the terrible shooting that were turned away.

Guillermo Smith says he would have participated in the study himself except for one tiny detail.

Because the cutoff is 39, and I’m 40. So instead what I’ve been doing is I’ve been reaching out to a lot of my friends and my chosen family, you know, lots of gay and bi men that I know in the area who are in the age range, including my own husband who participated in the trial.

And years after being turned away from giving blood, nurse Blake Lynch and his husband Brett also participated in the ADVANCE study. Lynch says if the current FDA blood donation policy gets overturned he already knows how they’re going to celebrate.

I am scheduling a date with my husband Brett and we are both going out to donate blood.

Altogether when the study is done enrolling participants in March 2022 some 2,000 men will have enrolled throughout the country with the hopes of making history and saving countless lives.