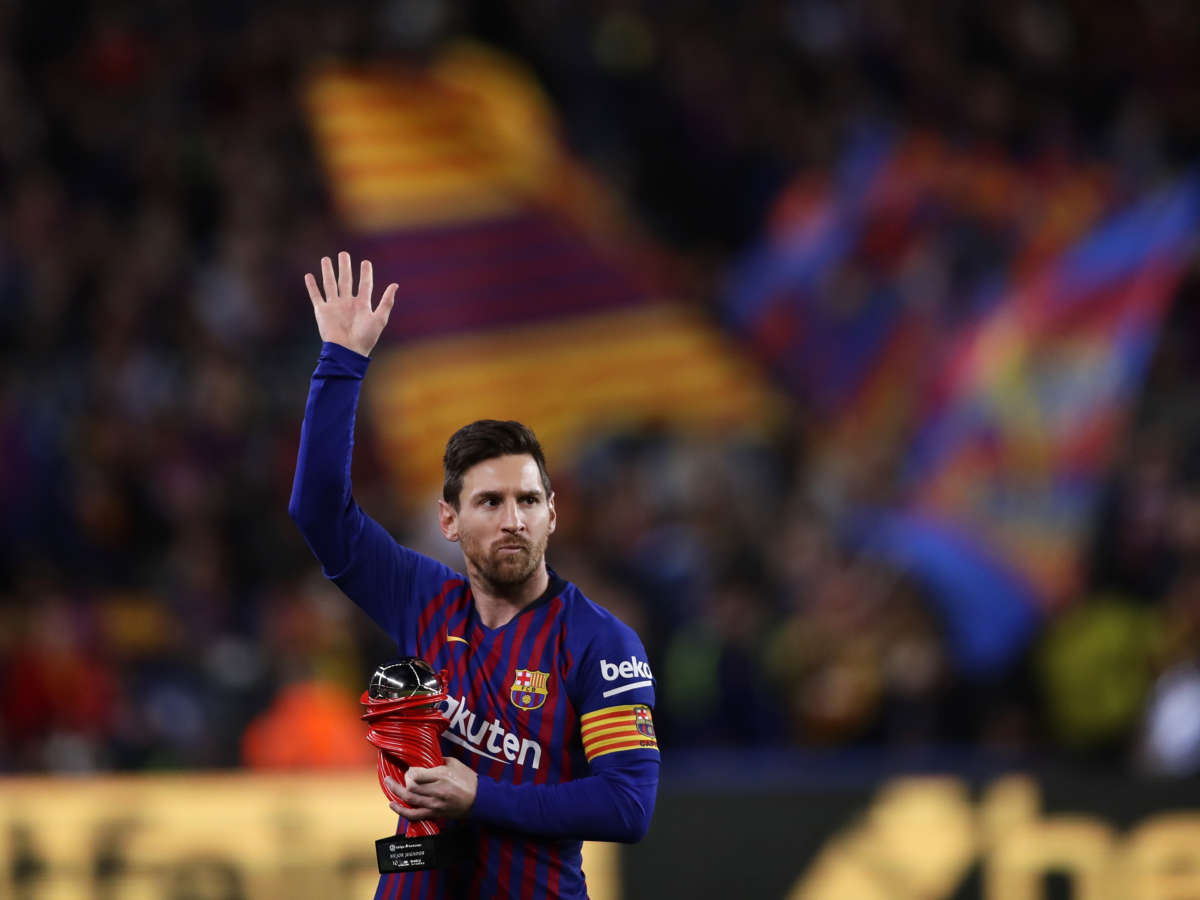 In this 2019 file photo, Lionel Messi waves at the crowd as he holds the trophy of the best Spanish La Liga player prior to a soccer match between FC Barcelona and Atletico Madrid at the Camp Nou stadium in Barcelona, Spain. Barcelona says Lionel Messi will not stay with the club.
Image credit: Manu Fernandez

The departure comes less than a month after Messi and Barcelona verbally agreed to a five-year deal.

“Despite having reached an agreement between FC Barcelona and Leo Messi and with the clear intention of both parties to sign a new contract today, it cannot be formalized due to economic and structural obstacles (in Spanish LaLiga regulations),” FC Barcelona said in a statement. “Faced with this situation, Lionel Messi will not continue linked to FC Barcelona.”

Messi had previously ended his 21-year contract with Barcelona in June. He is currently a free agent.