Lincoln prioritized democracy over his political future. A new biography explains why 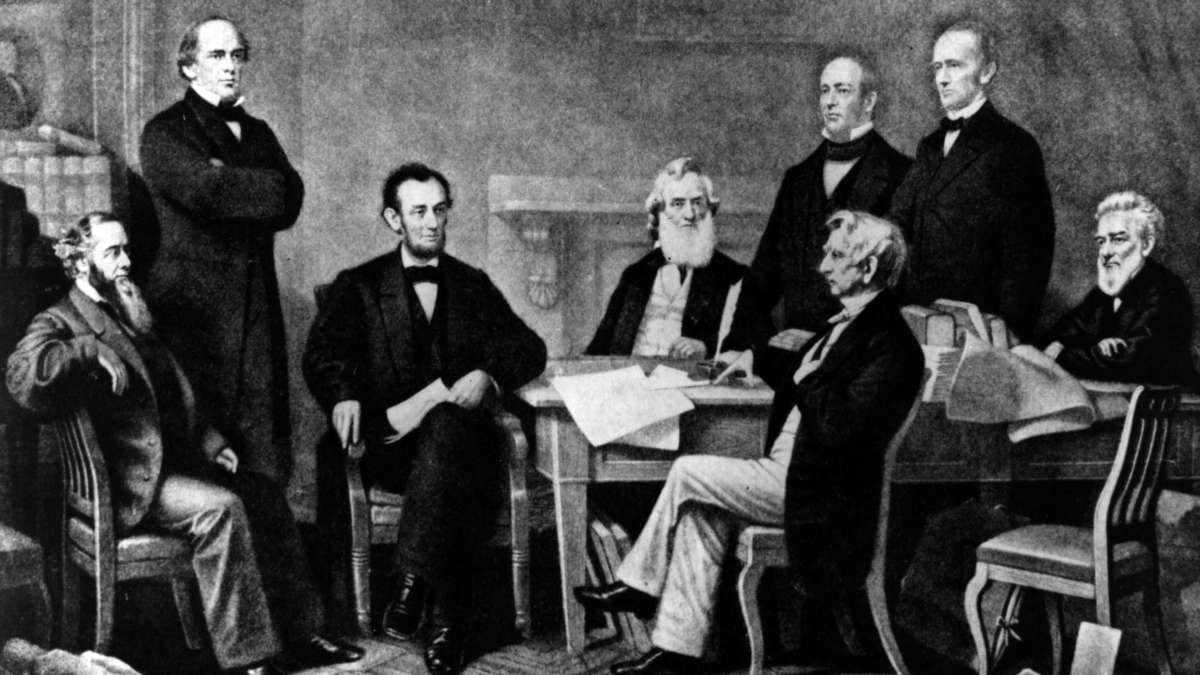 A politician is up for reelection, holding firm to their moral convictions — however politically unpopular — in the pursuit of preserving an endangered democracy. Sound familiar?

A new biography by historian Jon Meacham examines the oft-discussed life and legacy of former President Abraham Lincoln through a very specific lens. American presidents continue to lionize Lincoln as a role model, Meacham says — and he would know, as a biographer of George H.W. Bush and occasional speechwriter for President Biden.

In And There Was Light: Abraham Lincoln and the American Struggle, Meacham wasn’t just interested in looking at what Lincoln did — he wanted to know why he did it. He focused especially on the president’s pivotal decision to prioritize emancipation measures above his own political future in the lead-up to the 1864 election.

Lincoln couldn’t have known that summer that he — or the Union — would emerge victorious, as Meacham tells Morning Edition co-host Steve Inskeep. In fact, his party had done badly in the midterm elections, and he had even written a private note forecasting his own defeat. But he followed his anti-slavery convictions nonetheless.

“Lincoln was a politician, but he was a politician who ultimately was driven by conscience,” Meacham says. “This is my entire argument in the book. If he had solely been a cynical political creature, he would have made radically different decisions at critical points.”

For example, Lincoln could have decided not to vocally oppose a compromise in the winter of 1860 that would have preserved slavery, arguably for decades, Meacham says. He could have chosen not to fortify and fight over Fort Sumter.

And, as the 1864 election loomed, he could have given in to demands to withdraw emancipation as a precondition for peace talks with the Confederacy. Henry Raymond, the chairman of the Republican National Committee, came to the White House in August to urge Lincoln to change his stance to improve his odds of reelection. (The only emancipatory measure in the country at the time was the Emancipation Proclamation, a wartime measure that had not yet been codified in the Constitution).

“He was under immense political pressure to say, ‘We’ll settle all that in due course,'” Meacham explains. “Well, guess what that meant: If the Confederacy came back, it would all be set and settled and slavery likely would have endured again. And Lincoln said no, that he had made his position clear. Ultimately, we would get the 13th Amendment a few months later, but he was willing to go down politically for that principle.”

Meacham adds that the lesson of Lincoln “is that if you send someone to the pinnacle of American power who has no conscience, who has no moral compass, then American democracy and the cause of liberty will suffer and possibly die.”

Lincoln went on to win a second term (in an election that Meacham also notes included the first widespread use of absentee ballots). The Union soldiers stood with him, and the military tide turned. The following year saw the 13th Amendment — abolishing slavery — and, months later, Lincoln’s assassination.

In an interview with Morning Edition, Meacham offers insights from the book and their relevance to readers today, more than a century after Lincoln’s lifetime.

This conversation has been edited and condensed for clarity.

On how Lincoln approached the summer of 1864:

He believed that slavery was wrong. He believed that he was right. He fundamentally understood that politics could not simply be about the amassing and keeping of power: It was about the amassing, keeping and utilization of power … And I think the utility of it for us is not that he’s perfect, but that here’s a frail human being who didn’t always get everything right, who in that critical hour transcended his limitations, transcended his ambitions, transcended his appetites, to do the right thing. And fortunately, it was rewarded by events. But he didn’t know that.

On how people mixed religion and politics then:

The religious imagery and points of reference suffused the American experience then in a way that was so striking that in the second inaugural [address] … one of the great pieces of writing ever in the history of the English language, what does Lincoln say? Lincoln says that the Civil War came because of slavery and because slavery was a sin, and that God himself seemed to be adjudicating the weight of that sin in real time. It’s a remarkable thing for an American president to say.

So religion was both a rallying cry — it provided a predicate for the north, for the anti-slavery forces — and let us be very clear, and this is resonant today: It also provided an intellectual prop to slave owners who wanted to believe that slavery was divinely ordained.

On how that compares with the role of religion in American politics now:

What is perennially frightening is that in American politics, in American culture … people do claim divine sanction for what they want to do. And if you claim divine sanction for what you want to do, that makes compromise very difficult. If you believe you are doing God’s work … unless you do it with an immense amount of humility, that becomes a stumbling block within a democratic context in a way that is very, very troubling. At the same time, religion has been one of the great forces for reform and liberty in the country.

My view of this, which I think is also the way Lincoln articulated, was that religion is going to be part of the human experience, in the same way economics are always a part, or geography. And so the question is how do you manage and marshal religious feeling, not try to remove it.

It requires this, this interesting balance. … And that’s why I think it’s so important to follow that Lincoln example of a humble recognition that no human being has a monopoly on truth, but that there is a moral intuition, there is a conscience and you want to do everything you can to be in accord with this universal law of treating others as you would be treated. And that may sound simplistic, but I firmly believe and I argue this, that that was Lincoln’s moral vision. And it also has the virtue of being a durable political vision.

On whether Meacham thinks another U.S. civil war is imminent:

Tragically, I think we will see more of civil chaos. I think we are going to see it with violence. I do not believe we’re going to see the massing of great armies in the way we did in the 19th century. But we are at greater risk of that kind of civil conflict far more, I believe, than we were even in the early 1930s during the Depression, when there was such a lack of confidence in our institutions.

And part of it is that there is a passionate minority that is putting its own interests ahead of those of the nation. … And without the capacity to both vote perhaps against your short-term interest, without the capacity to recognize that there is a larger force that requires your support of the Constitution over your narrow partisan interests, without that, then we will continue to descend into ever greater chaos.

But I’m fundamentally hopeful in this sense: We have stared into the abyss before, and just enough of us have decided to do the right thing. That doesn’t mean that’s going to happen again. And as Lincoln said about our better angels, those better angels won’t prevail unless we enlist ourselves in the cause, too.

This interview was conducted by Steve Inskeep, produced by Lilly Quiroz and edited by Jacob Conrad.