Limbitless aims to scale up production of prosthetic arms 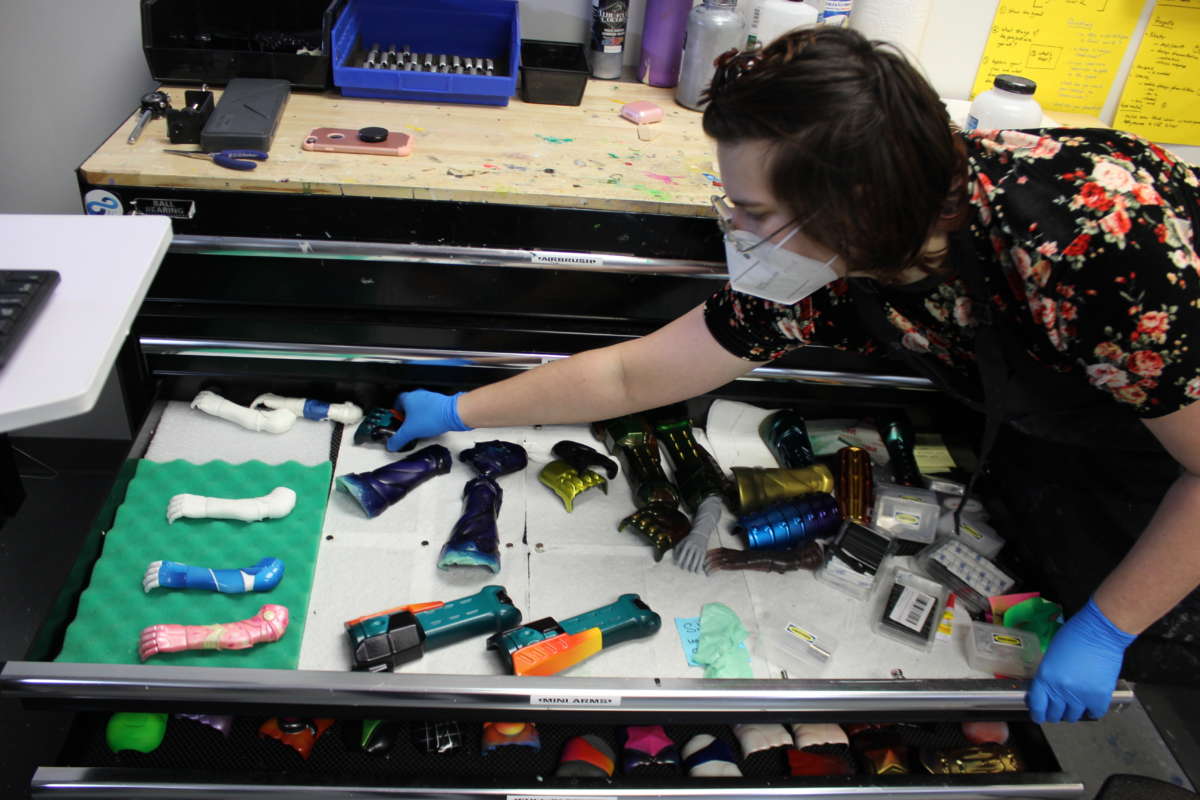 CEO Albert Manero says the move has allowed him to scale up production, producing more prosthetic limbs at a faster rate.

Manero showed Intersection around the new facility in Research Park, near UCF.

“They started out purely 3d printed,” says Manero of the arms, which are designed to look like hardware from video games and movies.

“Now we have a bit of a hybrid system where there’s metallic parts, there’s vacuum form parts, and there’s a full automotive paint finish on the arms. And so it has really become part of that full system, we’ve been working towards the long term scalability of our program.”

Alex Grindle, who’s studying emerging media graphic design at UCF, is working on a prosthetic arm at one of the spray booths.

He says the role is “where art and engineering meet.”

“We’re given sheets that a child fills out that says, I want these colors in these places. But we have to take that 2d object and turn it into a 3d object that has shadow and depth and things like that. And so you get to put a little bit of your of yourself into the work as well.”

“The team here at limitless has really advanced the design past where I ever thought it could be,” says Manero.

“It’s definitely much more complicated than we were when we started seven years ago.”

He says the latest models are Bluetooth capable and can be synced with a parent’s smartphone so they can monitor charging and other aspects of the arm.

“And then the actual electronics here now allow for that multi gesture control, where relatively easily a child can learn how to use the opening close, a pinch and a point mode as well with the hand just using the muscles on their organic limb and being able to control that with the electronics.”

Manero says Limbitless will launch a clinical trial with Orlando Health in the spring, recruiting about 20 patients to test out the arms.

“Our ultimate goal is to get FDA approval so we can provide any child that has an interest in a device and a prescription from their doctor, would be able to get a device.”

Limbitless has also just completed a pilot program with the Mayo Clinic in Jacksonville to develop a face gesture controlled wheelchair.

“And so using the temporalis muscles above your forehead, you were able to, like, have a person flex their jaw muscles, and then control the wheelchair to drive anywhere they want to go,” says Manero.

He says he’s tested the technology out himself, and while there is still work to be done, he thinks it holds promise for patients such as those with ALS.

“I think that there’s like a key moment when you’re driving the chair using your face muscles, where it starts to like click in and then all sudden, it gets a lot easier as you start to like, map how to do that.”