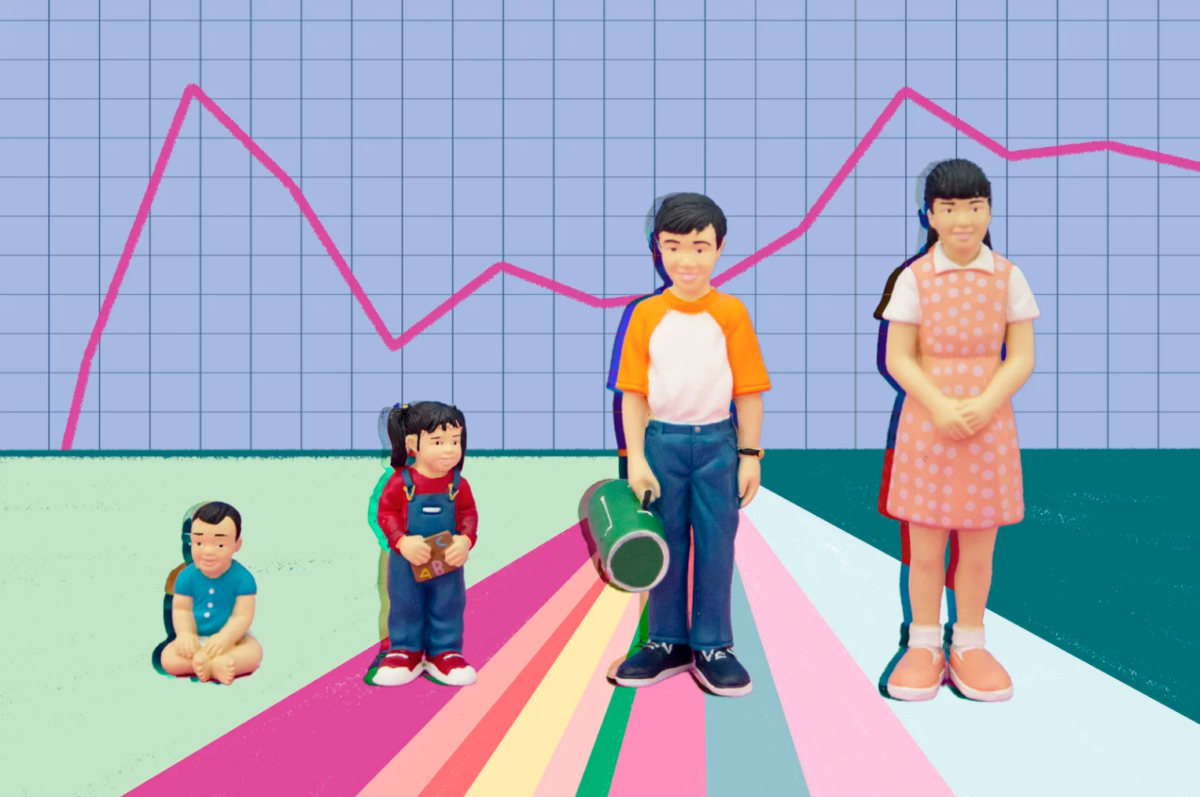 In her new book, The Family Firm, economist Emily Oster suggests using strategies from the business world to make tough decisions easier for your school-aged kids and family. Photo Illustration by Becky Harlan/NPR

Economist Emily Oster had already written two books about parenting — one for the expecting and newborn period, another for the toddler years — and she didn’t intend on delving into the topic again for another book. But when her kids grew into the elementary years, she realized the school-aged era presented two fundamentally different problems distinct from the younger years. One, that daily life is full of logistical challenges. And two, you have to make weighty, complex decisions like, should I “red shirt” my kindergartner, what’s the best school for my kid, or should I let them play travel sports? It’s hard to know where to start with these questions, and those decisions feed back into logistical tangles.

“As you get into having older kids, there are very few things which can be fully answered with data because kids are so different,” Oster says. “And so that makes the data helpful but incomplete in a way that wasn’t as true with younger kids.”

And as much as Oster loves data, even she admits that it is only part of a bigger framework. She found the challenges of this phase aren’t easily tackled with an in-the-moment decision that we might have used during early parenting. Instead, Oster found that applying small business principles to household logistics and decision-making led to more family flourishing. She details this approach in her new book, The Family Firm. In it, she says a mission-first or values-driven approach used in business can support a decision-making framework that leads to smoother-running family life. But it means getting on the same page, first.

“We sometimes think about that in a big [way], like what are your family values? What’s important to you broadly? But I also think that people should sit down and literally think about what do they want Tuesday to look like,” Oster says. “We sometimes make small decisions thinking, ‘Oh, that’s just a small decision, you know, oh, I’m going to let my kid [play] soccer. And that’s just a little thing.’ But then sometimes you wake up and you realize that four nights a week you’re sitting at the soccer field watching your kid play soccer when actually you’d like to be sitting down for family dinner.”

Oster says that even decisions about “small things” can potentially get in the way of what we really care about, so it’s important to make sure the stuff we end up prioritizing is what we actually think of as a priority.

Streamline decision-making with the Four F’s

For decisions about which school to choose, whether to send your child to sleepaway camp or how to negotiate social-emotional skirmishes like bullying, Oster uses and recommends an approach called the Four F’s to help streamline decision-making and make smart, informed choices. We’re going to explain the 4 F’s using the example of deciding whether you should get your kid a phone.

What about extracurriculars at this age?

Another topic Oster gets asked about a lot is extracurriculars. How many extracurriculars should my kid participate in? When should they start? Should I start thinking about how these factor into college admissions right now? Oster simplifies her answers to those questions with data.

“It’s in the data that extracurriculars may have positive impacts around kids’ feelings of belonging and their social emotional health and other things like that. Having your kid do these specialized camps so they can get into college, like when they’re eight, that is not a way to get into college,” she says.

And even though the pandemic and quarantines shook up life as we know it in a myriad of stressful and often painful ways, Oster said it didn’t affect her core message, which is about a method more than anything else.

“It’s a method for dealing with the decisions that you didn’t expect to have to make, which is sort of a hallmark of a lot of what happened during the last 18 months,” Oster says.

The podcast portion of this story was produced by Janet W. Lee, with engineering support from Neal Rauch.

We’d love to hear from you. If you have a good life hack, leave us a voicemail at 202-216-9823, or email us at LifeKit@npr.org. Your tip could appear in an upcoming episode.

If you love Life Kit and want more, subscribe to our newsletter.