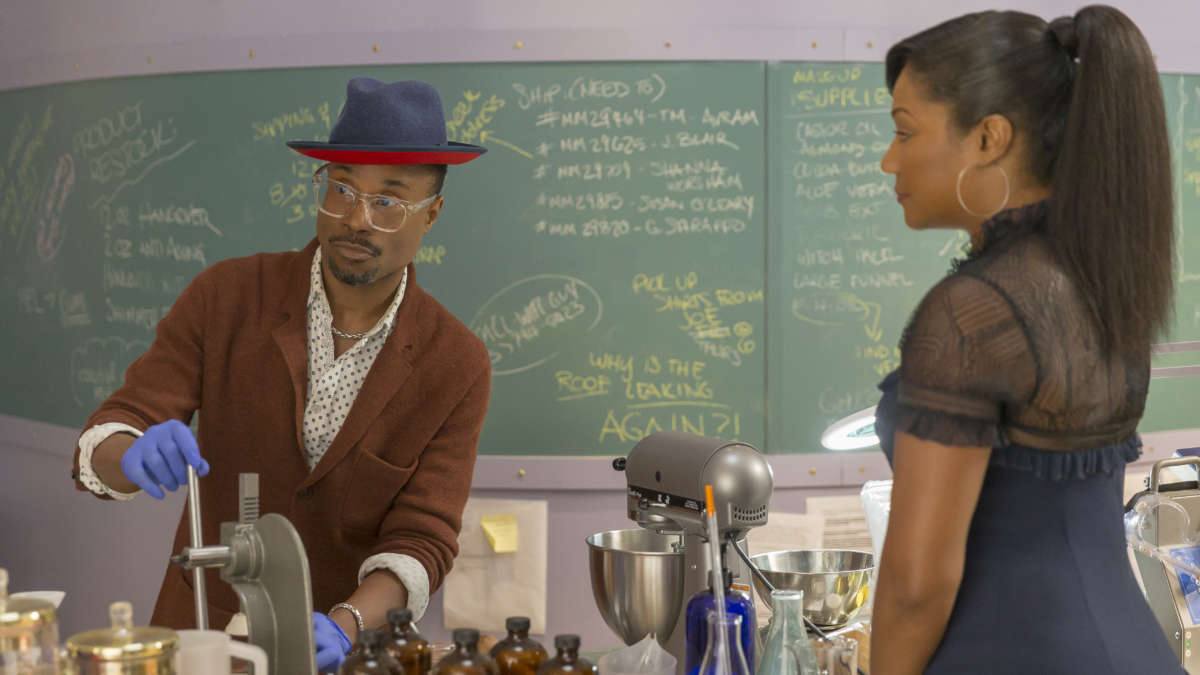 While these numbers do show a positive trend when it comes to LGBTQ representation in film, there is, of course a huge grain of salt: The pandemic shook the entire movie industry, impacting theatrical distribution. So this year’s study only looks at 44 films, compared to last year’s 118. And as such, the group decided to do away with its usual 5-star grading scale this year.

Caveats aside, GLAAD did find a number of glaring gaps in LGBTQ representation in film. According to the report, theatrical releases from the major studios contained zero transgender or non-binary characters for the fourth year in a row. There were zero LGBTQ characters with a disability. And there were no LGBTQ characters living with HIV. In the preface to the report, GLAAD President and CEO Sarah Kate Ellis called this, in particular, was a group facing “incredibly high levels of stigma and discrimination.”

“We’ve seen how culture can change when stories have a face, most notably with Billy Porter recently sharing his experience of living with HIV and receiving incredible waves of support,” she said. “It is clear that there are so many more stories to tell and so many more films needing to get made and seen.”

Characters are marked as LGBTQ by the study based on what is presented on screen along, or through a “wide and commonly held cultural knowledge of a real-life figure.” For instance, Birds of Prey: and the Fantabulous Emancipation of One Harley Quinn clearly presented the character Renee Montoya as an out lesbian, with an ex-girlfriend. On the other hand, the coffee-shop boss, Gail, in Promising Young Woman, played by transgender actress Laverne Cox, didn’t count as there was “no indication that the character of Gail is transgender, though she very well could be.”

Overall the report notes that the audience is changing fast, citing a Gallup poll showing 15.9 percent of Gen Z Americans identified as LGBT. If studios and production companies wish to remain relevant, “they need to be prepared for this group,” said Ellis.