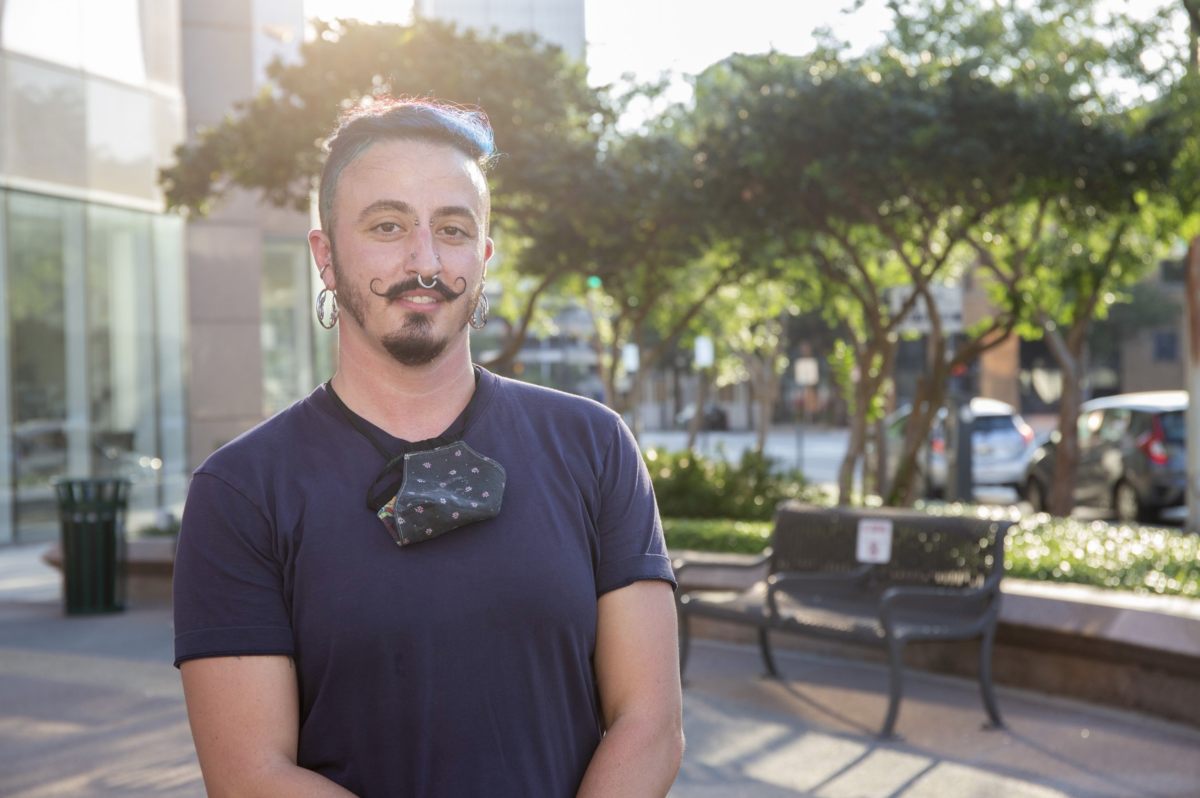 Daylina Miller/WUSF Public Media / Kale Roberts, who identifies as queer, shared their experience being afraid to open up about their gender identity while playing sports in high school and college. They say the state's bill is an attack on trans kids.

Activists say the bill is an attack on transgender kids.

Among the speakers was Kale Roberts, who identifies as queer. They shared their experience being afraid to open up about their gender identity while playing soccer in high school and college.

Roberts said this bill is an attack on trans, nonbinary, and intersex kids.

“It makes me have a full body shiver and I have to hold back tears to make the answer…I know how hard it is to find who you are as an outsider when already in school, let alone to be probed in this way that is putting these children in the limelight,” they said.

Florida Republicans rushed the measure through the Legislature last week by attaching it to an unrelated charter school bill. Gov. DeSantis has already committed to signing it.

Changes from the original bill include excluding elementary school students from the ban and removing a provision that would allow schools to request a medical examination of a student’s genitals to determine whether they are eligible to play.

Now the bill requires using a student’s original birth certificate to make that determination, regardless of whether the certificate has been amended to reflect their gender identity.

Opponents say there is no evidence of any transgender athlete unfairly affecting a high school or college women’s sport in the state.

Nathan Bruemmer, a transgender man and community activist from St. Petersburg, said the bill denies kids equal opportunities to grow physically and socially through sports. And he said misinformation associated with the bill traumatizes trans youth.

“When you are told you don’t matter, the impacts can be quite severe, and so we have to recognize that this piece of legislation has done damage and we need to support each other,” said Bruemmer.

Bruemmer cited professional resources including local counseling and 24/7 hotlines run by the Trevor Project or Trans Lifeline for kids in need. He’s urging the community to vocalize support for the trans community by reaching out to the governor to reject this bill.

President Biden banned discrimination based on gender identity earlier this year. Activists say they expect Florida’s legislation, as well as similar bills in other states, will be challenged in court.

In addition to legal challenges, the bill could mean the state could also face economic consequences.

In early April, the NCAA issued a statement saying it would only hold championships in states that “can commit to providing an environment that is safe, healthy and free of discrimination.” But the organization has yet to confirm whether it will pull any scheduled tournaments from Florida.