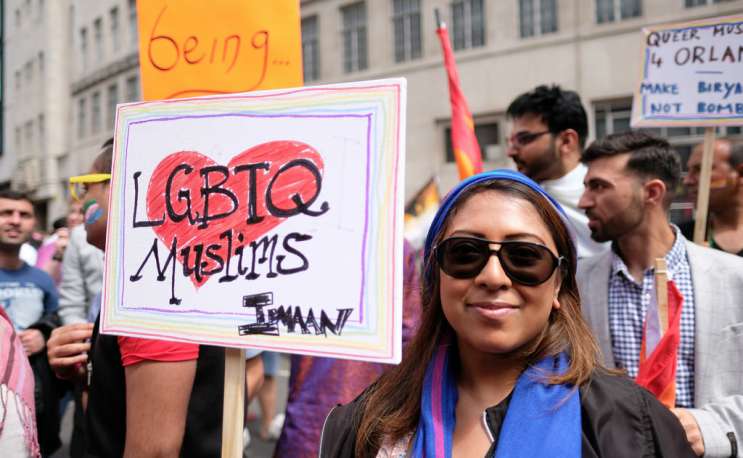 It is as if mainstream American media thrust LGBT Muslims into the spotlight overnight—all in the context of the man behind the shootings at Pulse, Omar Mateen.

“The Orlando massacre shooter led a startling secret life and may have been a closeted gay man,” anchors announced in front of cameras, reporting an television interview between Univision and a man in disguise named Miguel who claimed to have had a two-month sexual relationship with Mateen.

While, Mateen’s sexuality remains speculation, Ani Zonneveld, founder of Muslims for Progressive Values, says it opened the door to a conversation.

“We had so many requests for media interviews—Let’s hear the LGBT Muslim perspective. You know, all of a sudden you start hearing, ‘Oh gay Muslims actually do exist!’ It’s like ‘Yeah! They do exist’” she laughs.

Zonneveld’s organization has been advocating for equality and social justice for Muslims in the United States for about ten years. And for all the gray areas surrounding the gunman’s sexual identity and whether that motivated the June 12th shootings, Zonneveld says one thing is for sure:

“The lack of diversity of what a Muslim looks and sounds like in America has a lot to do with the media and how the progressive Muslim voices, the LGBT Muslim voices—have been censored out of the narrative.”

It is a narrative she calls deeply conservative and well organized stateside—so much so that it’s become an unofficial official framework for non-Muslims and many Muslims about what Islam is and the place for homosexuality within it.

“It is not accepted; it is not tolerated,” says Rizwan Zaman. He grew up in a conservative Indian family that settled in Orlando when he was three years old. Today the 43-year-old health care consultant says his faith has been a large part of who he is.

“I pray, I’ve fasted. I’ve gone to mecca for pilgrimage. The basic principles, I’ve done and the external principles of promoting peace and understanding.”

But for Zaman his biggest test of faith has been internal. That is, coming to terms with his sexuality, which he suppressed until about four years ago.

“Growing up as an immigrant, you come here and you understand very early on the aspects of society that are inclusive and not inclusive as far as my culture—as far as my religion. Add onto another layer of sexuality that society didn’t really understand,” he says.

For Zaman, the days after the shooting have become an opportunity for to educate people. He took an unprecedented step by taking his identity to a public platform, doing a television interview with BBC World about his sexuality and faith.  In the video, which was broadcast on millions of televisions across the world, Zaman defines himself “a Muslim American who happens to be gay.”

He feels that the more he tells his story, the more he’s breaking down stereotypes.

“I choose to stay Muslim. I am gay by existence. So as far as my faith teaches me, that is how God created me. There’s no mistake here. This is how he intended me to be.”

That is the message that Imam Daayie Abdullah spreads every day out of the Mecca Institute in Washington D.C. He is the only openly gay Islamic scholar in the United States and one of few in the world. He has prayed with Muslims in Egypt, China, and Taiwan, among other places. He finds that Islam is America is special because it has influence from all over the world.

“The way in which Islam operates is going to operate very differently than in the [country] where there’s a larger majority of people who are all alike,” he reflects.

But for many American Muslims, Abdullah is a walking contradiction.

Abdullah believes American Muslims have the power to bring change by simply being themselves.