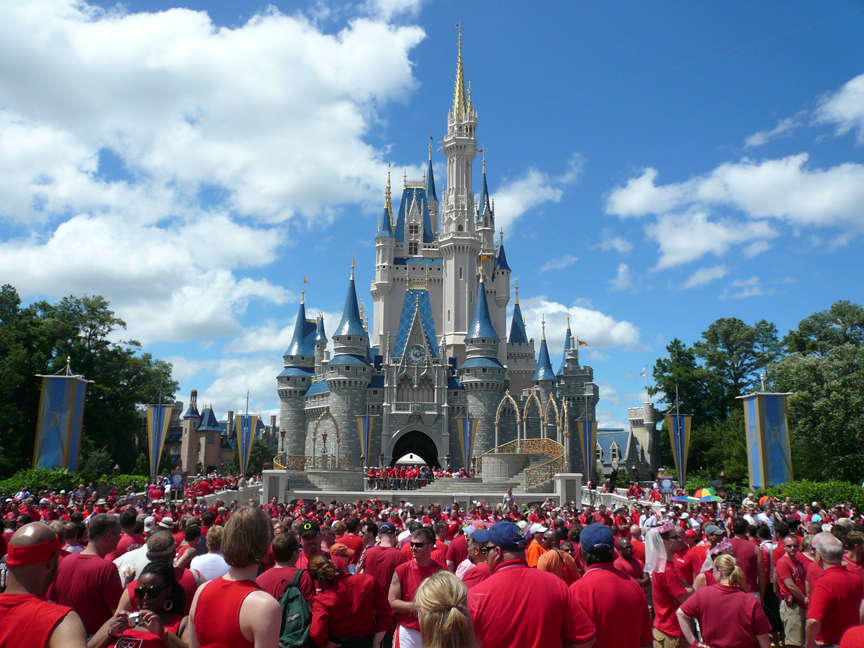 Gay Days began at Disney more than 30 years ago. Since then the unofficial event has grown, and so has Disney’s reputation as an employer that’s friendly to the LGBTQ+ community.

George Wallace, the executive director of The LGBT+ Center Orlando, joins Intersection to talk about Disney World and LGBTQ rights.

“It started as a grassroots movement where a bunch of LGBTQ folks got together and said, ‘Let’s meet in front of Disney and wear a red t-shirt,” says Wallace.

“And now it has morphed into a week long event, multiple events from Gay Days Orlando to Girls in Wonderland and One Magical Weekend, and red shirts. And it’s just really magical, to say the least, that Disney has embraced that, has been very supportive throughout the years.”

Wallace dismisses calls over the years by some organizations for a boycott of Disney World over Gay Days.

“There are always fringe organizations and groups that always try to boycott or voice concerns. But it’s 2021. And we are in a new world. And equality is moving forward. I know that it just seems very small, or minute just to have one day where people gather, but it is our day, and we firmly believe in respecting each other. And I just wish that people respected us more.”