LGBT+ Center Director George Wallace Is Proud of Andrew Gillum for Coming Out, Hopes He Uses His Platform For Good 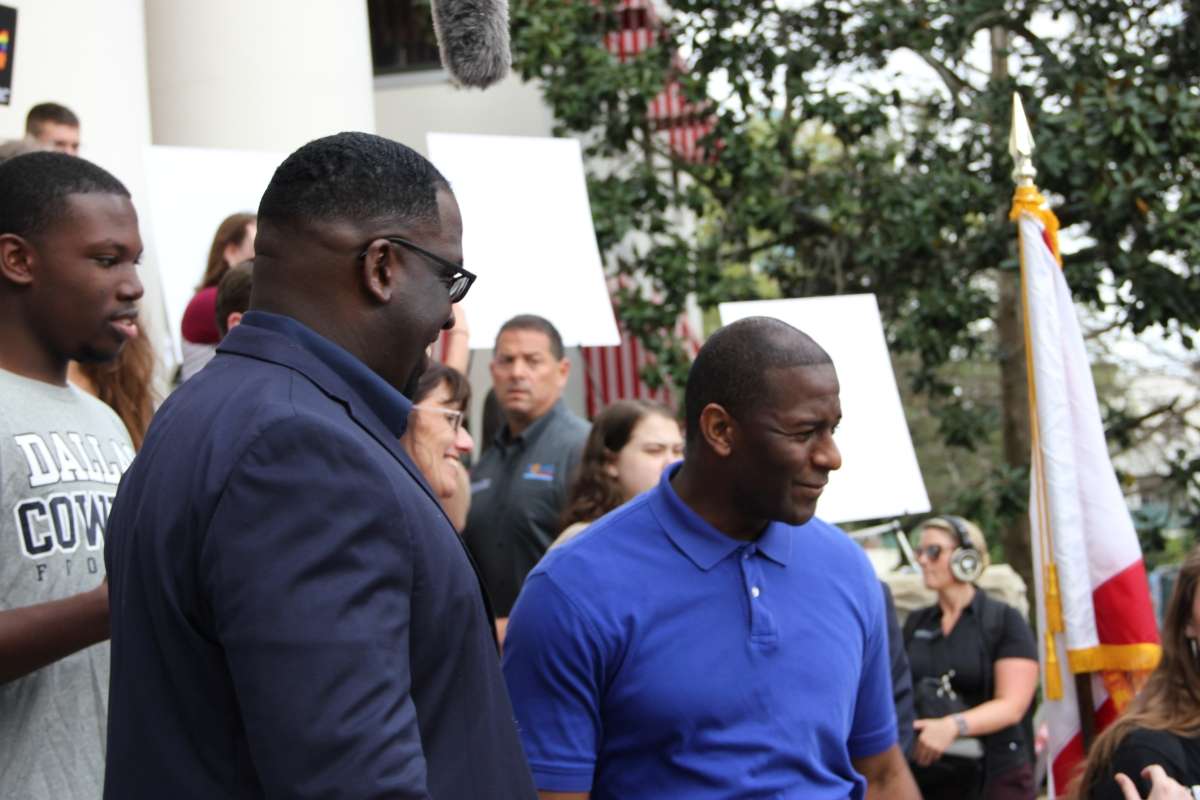 Tallahassee Mayor Andrew Gillum on the steps of the Old Capitol during the Never Again Rally. Photo: Adam Watson

LGBT+ Center Director George Wallace says hearing him speak those words with pride will mean a lot to young people of color in Central Florida.

“Sometimes it’s harder for them to come out so having a role model so to speak. I know that the incident at the hotel. Get past that and take politics out of it. Because Andrew Gillum has always been pro-LGBTQ and I’ve always admired him for that.”

Wallace says he hopes he uses his platform to help others in the community.

“I want to see him live his authentic life and take from the experience that he had as a way to learn and to grow and to be a person that can talk about being a member of the community and do it so proudly. Because he has a platform that a lot of people don’t have.”

Gillum was found intoxicated in a Miami Beach Hotel room in March with two other men. He subsequently entered rehab for alcohol addiction.

He shares three young children with his wife.