LeVar Burton Is A Favorite For ‘Jeopardy!’ Host, But You Don’t Have To Take Our Word For It 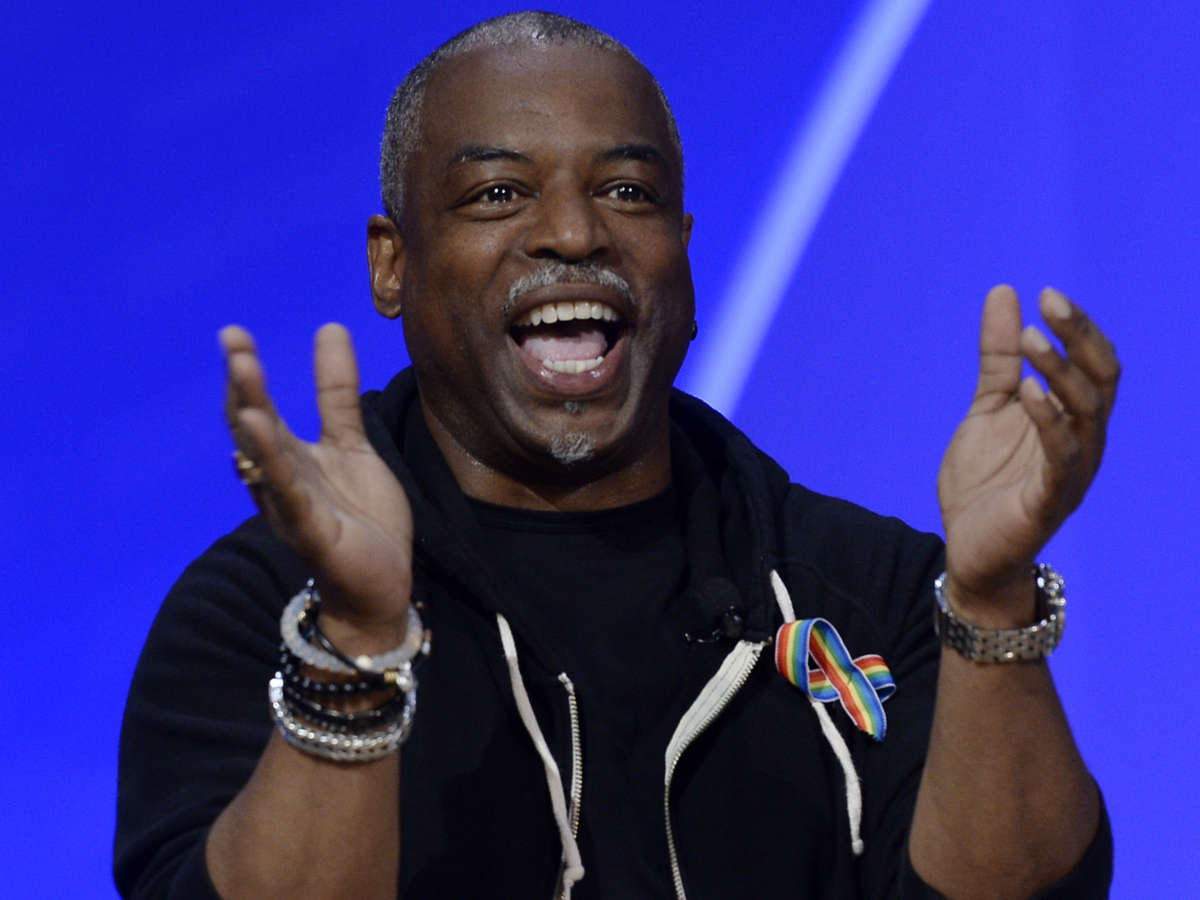 LeVar Burton, shown here speaking in Los Angeles in 2016, has said he feels like hosting Jeopardy! "is what I'm supposed to do." This week, he gets his turn at the host lectern left vacant by Alex Trebek, who died last year at age 80.
Image credit: Kevork Djansezian

NFL quarterback Aaron Rodgers, for example. And actor Mayim Bialik. And Jeopardy! champ Ken Jennings. All intelligent, charismatic … and in the running as the legendary trivia show tries out hopefuls before naming a new host.

But they’re not LeVar Burton.

This week, Burton takes his temporary place on the twinkling azure set ruled for 37 seasons by the beloved Alex Trebek. Or, some would say, his rightful place. No other potential replacement for Trebek, who died of pancreatic cancer in the objectively terrible year of 2020, has excited the popular imagination as much as Burton.

“If I was one of the other [potential] hosts, I’d be like, ‘I’m going to step aside and give it to the man who gave kids a love of reading,’ ” exclaims L.D. Lewis, a 35-year-old in Atlanta who grew up watching Burton on PBS’s Reading Rainbow. She fondly remembers exploring the actor’s back catalog with her father, including Star Trek: The Next Generation and the pioneering 1977 mini-series Roots.

“If you’re a bookish person, a sci-fi person, a history person — he’s been crucial in forming our identities,” Lewis told NPR in a phone call after she tweeted support of Burton on behalf of the Black speculative fiction magazine FIYAH, where she’s the art director.

“We’re watching @levarburton on Jeopardy … as a family, right?” she asked. Lewis, it turns out, is not only a superfan, she also works as a researcher for Burton’s short fiction podcast where the actor reads works by Kurt Vonnegut, Neil Gaiman, N.K. Jemisin and many lesser known authors.

Those endorsements have been bolstered by more than a quarter of a million fan signatures on a still-active Change.org petition started last November, all eager to see the actor as permanent Jeopardy! host.

Meanwhile, Burton himself is now passionately campaigning for the job, in online communities and in the media. It’s worth wondering why he’s even bothering — or, why he even has to.

The 64-year-old is a novelist, an advocate for AIDS research, an in-demand actor and director (with recent credits on NCIS: New Orleans), and has a shelf filled with Emmys, a Grammy, a Peabody, a prize for ethics from Case Western Reserve University and a special honor for promoting literacy from the PEN/Faulkner Foundation.

“It’s difficult to explain, but there’s something inside me that says this makes sense,” Burton told The New York Times in an interview last June. “I feel like this is what I’m supposed to do. I have been watching Jeopardy! more or less every night of my life since Art Fleming was host. Jeopardy! is a cultural touchstone, and for a Black man to occupy that podium is significant.”

In spite of having “a career for the ages,” Burton told the Times it would be a blow not to get the Jeopardy! job. “It will hurt. I’m not going to lie,” he said. “But if that happens, I will get over it. I will be fine. Remember: Everything happens perfectly and for a reason. That is my default. It’s all going to be OK.”

It’s exactly that sort of spirit — which many admirers liken to another television icon, Mister Rogers — that will make fans tune in this week. Burton has said one of the many values he shares with Fred Rogers is a commitment to service.

Like Rogers, says L.D. Lewis, Burton would bring more than just a TV personality as the host of Jeopardy! She believes he could be a unifying force for kindness and thoughtfulness during a politically polarized time.