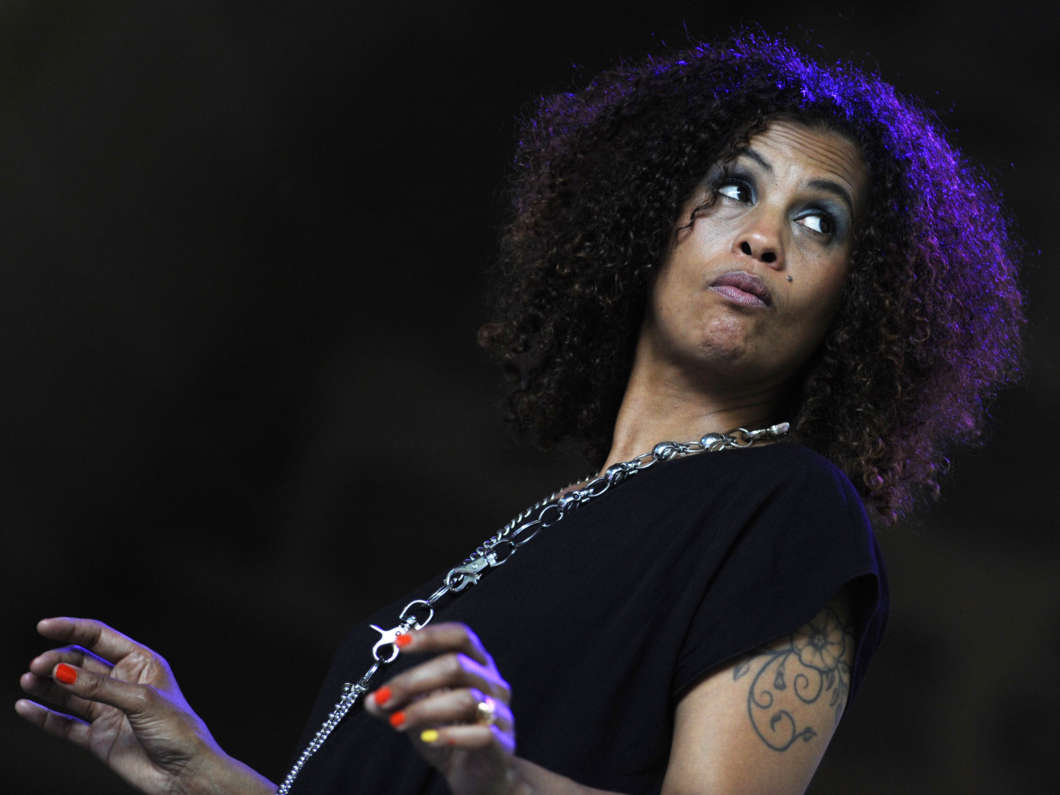 Neneh Cherry is mostly known in the US for her hit "Buffalo Stance." Author and professor Jayna Brown argues Cherry's recent songs like "Kong" show how an artist can mature over the years.
Image credit: Rafa Rivas

Morning Edition‘s series One-Hit Wonders / Second-Best Songs focuses on musicians or bands whose careers in the United States are defined by a single monster hit, and explains why their catalogs have much more to offer.

In this edition, Jayna Brown, professor of Humanities & Media Studies at The Pratt Institute in New York and author of Babylon Girls: Black Women Performers and the Shaping of the Modern, makes a case for Neneh Cherry, whose song “Buffalo Stance” peaked at No. 3 on the U.S. pop charts in 1989. Read Brown in her own words below, and hear the radio version at the audio link.

“Buffalo Stance” was a huge hit in the US. Hip-hop was already a marketable commodity; it was a bit like when hip-hop emerged out of what was a much more underground story, and she definitely captured some kind of zeitgeist happening.

Neneh Cherry was born in Sweden. Her mother is Swedish and her father is from Sierra Leone. Her mother remarried to the jazz musician Don Cherry, who raised Neneh from birth. At 15, she went with her father to England, and Nina then dropped out of school and stayed in England and actually performed with the all-girl punk band, The Slits.

The song that I chose is called “Kong” and it came out in 2018. I chose this song because it captures a number of different styles within it: It has sort of the sound of Bristol trip-hop — that’s Massive Attack, Tricky, Portishead — as well as a sultry tone to it, but not sweet.

I think one of the things that happens with these hits is that they kind of freeze the artist in one moment, especially when the artist is very young and they are seen as capturing the essence of that moment. So it’s very hard — particularly in pop music — to let these artists grow up. The case for listening to more of her music is that it pushes us to appreciate an artist maturing.