Lessons From The Pandemic 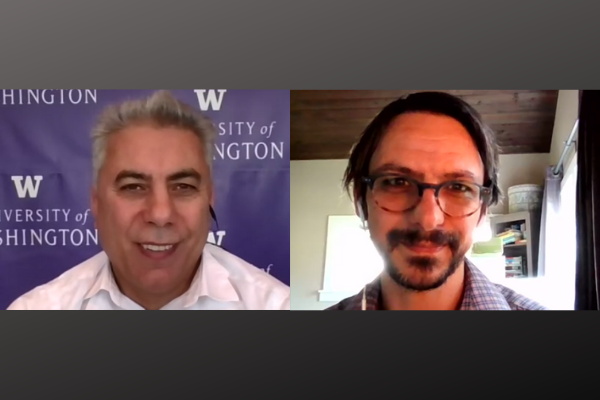 One year ago this week, Central Florida recorded its first coronavirus case. After a long 12 months, vaccines are becoming more widely available and cases are beginning to decline from their peak over the winter.

WMFE health reporter Abe Aboraya and Dr. Ali Mokdad, professor of Global Health at the Institute for Health Metrics and Evaluation (IHME) at the University of Washington, join Intersection to discuss what we’ve learned from the pandemic and the work that’s still ahead to conquer the coronavirus.

Mokdad says Floridians did what it took to control the virus early on, but businesses opened prematurely, which sent the wrong message to the public and drove mortality rates up.

“The lesson we have learned from what we have seen right now is unfortunately, it’s in our hands,” he says. “If we are to wear a mask and keep a safe distance, we can control this virus, and we can do a good job at it. Unfortunately, we have more deaths, more infection than we expected..simply because none of us did a good job at preventing this pandemic.”

Aboraya says he was shocked by the politicization of public health and masking.

Aboraya says looking back, it feels like we didn’t have the ingenuity to think about how bad the pandemic possibly could have been.

“We hadn’t even really contemplated the idea that, you know, government officials were going to shut down theme parks, let alone tell people to stay at home and the just vast economic impacts of that,” he says.

Mokdad says after a steep learning curve, they’re getting better at predicting how the pandemic will behave.

“This has been very helpful, especially right now, since we see people are more likely and politicians are more likely to accept science, a new administration, and following the science in terms of vaccine and mask wear,” he says.

Aboraya and Mokdad both say they’re optimistic about the future because of vaccine rollout. Aboraya says as of this week, over 21% of adults in Florida are vaccinated.

Mokdad says we’ll likely have another surge of the virus next winter because of seasonality, but the next phase of the pandemic is dependent on our behavior.

“We have to remain resilient and vigilant until everybody is vaccinated,” he says. “That’s one…Two, keep an eye on the new variants and make sure there is no volume that’s coming up that will make the vaccines less effective. Otherwise, you should be in good territories all the way from now on.”