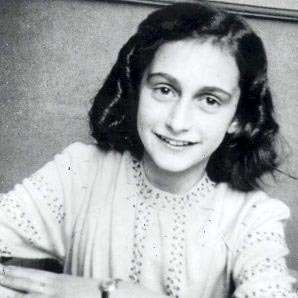 Last fall, the U.S. experienced an alarming spike in hate crimes – almost 900 incidents were reported between November 8th and November 18th. On November 30, dozens of “white pride” posters were found around the UCF campus. And in the first week of January, Maitland’s Jewish Community Center campus and preschool were evacuated twice in one week for bomb threats.

Without venturing a theory as to what’s made America hate again, it’s clear that bigots suddenly feel validated. Many commentators, including Anne Frank’s stepsister, Auschwitz survivor Eva Schloss, have observed parallels to the rise of Nazism in Germany a century ago.

Anne Frank’s best-known statement is “In spite of everything, I still believe that people are really good at heart.” In the same passage from her diary, though, Frank said she saw “the world gradually being turned into a wilderness” and heard “the ever-approaching thunder.” This week the Holocaust Center in Maitland opened an exhibit called Anne Frank: A History for Today, in which the Frank family’s story is juxtaposed with events before, during, and after the rise of the Nazi party. And on Thursday, Jan. 26, the Holocaust Center hosts a talk with local survivors of the Shoah, who will share their stories and explain how they, like Anne Frank, were able to maintain their faith in humanity.

It might be a good idea to listen to them , because in the coming years we may all need help with that.