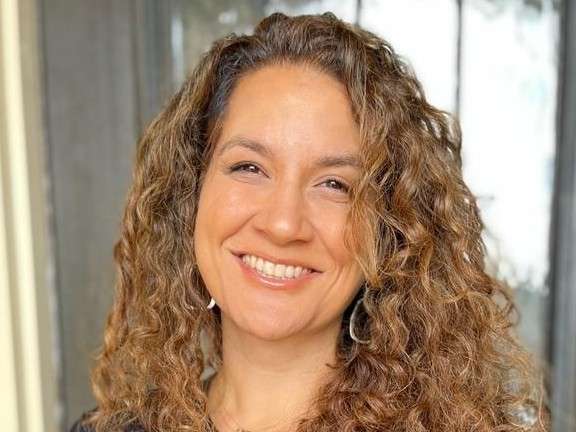 Leila Fadel has been selected as the fourth host of Morning Edition.
Image credit: Courtesy of Leila Fadel

NPR has named Leila Fadel as the newest host for one of its defining programs, Morning Edition.

Fadel, who will become the show’s fourth host, comes from within NPR where she was most recently a national correspondent based in Los Angeles covering race and identity.

“The beautiful thing about hosting is you get to dive into all of these incredibly different subject matters that maybe you didn’t even know you were interested in and hear something and learn something new every single day. And I’m so excited about that,” said Fadel, who has guest hosted the show several times.

Fadel, who replaces Noel King, will join co-hosts Steve Inskeep, Rachel Martin and A Martinez in presenting one of the nation’s most popular radio news shows as well as the daily morning podcast Up First.

“Leila’s reporting acumen excites me for what Morning Edition can do next,” said Erika Aguilar, executive producer of Morning Edition and Up First. “Her focus on human-centered stories will push us as a show to be more on the ground.”

Fadel joined NPR in 2012 as an international correspondent based in Cairo, where she covered the wave of revolts in the Middle East and their aftermath in Libya, Tunisia, Egypt and beyond. Her stories ranged from the state-ordered massacre of pro-Muslim Brotherhood protesters in Cairo, to the 2013 coup in Egypt, for which she won the Lowell Thomas Award from the Overseas Press Club.

Since returning to the United States, Fadel has reported on American Muslim communities, race and policing in America as well as inequalities in the nation’s healthcare system laid bare by the COVID-19 pandemic. Her “Muslims in America: A New Generation” series, in collaboration with National Geographic, won the Goldziher Prize in 2019.

“I see all of these years of experience as something that will just enhance my ability to ask the right questions that people will want to know the answers to,” said Fadel. “I think it’s just going to be something that makes me a better host because I know what it’s like to be in the field and to talk to people.”

Prior to coming to NPR, Fadel covered the Middle East as Cairo bureau chief for The Washington Post. She also covered the Iraq war for about five years with other news outlets such as Knight Ridder and McClatchy newspapers. She earned the George R. Polk award in 2007 for her coverage of the human toll of the Iraq war.

“Leila’s depth and experience as a journalist, her singular ability to find and craft stories that have universal resonance, from this country and around the world, made her such a natural choice for this role,” said Sarah Gilbert, vice president for news programming at NPR.

Since its debut on November 5, 1979, Morning Edition has garnered broadcasting’s highest honors, including the George Foster Peabody Award and the Alfred I. duPont-Columbia University Award. The show airs on more than 835 stations each morning and reaches 11.7 million weekly listeners.

“Growing up, I never saw journalists that sounded and looked like me,” said Fadel, a proud Muslim and Arab American, who said her identity is a big part what she brings to her work. “Everybody brings such different perspectives, and it’s really important that we continue to represent all kinds of different Americans in that chair, or different people, rather than Americans, in that chair.”

A Lebanese-American, Fadel was raised in Saudi Arabia and Lebanon and speaks Arabic.