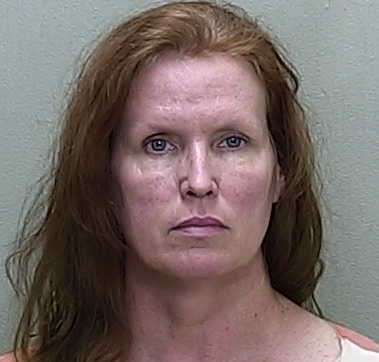 Former guardian Rebecca Fierle-Santoian bonded out of the Marion County Jail Tuesday after her arrest Monday on a warrant for aggravated elder abuse and neglect.

Meanwhile, the Florida Legislature is tackling some of the problems her case brought to light.

Fierle, 50, faces charges of aggravated elder abuse and neglect in connection with the death of Steven Stryker in a Tampa hospital last May.

He was one of hundreds of people — in 13 Florida counties — for whom Fierle acted as an appointed guardian.

She refused to let Stryker be revived, enforcing a do-not-resuscitate order, though state prosecutors say the man in his mid-70s had a strong desire to live and was able to make the decision on his own. She also insisted, they said, on capping Stryker’s feeding tube even though doctors told her it would likely cause his death.

Investigations into Fierle turned up double-billing among hundreds of Central Florida cases as well as conflicts of interest.

Bills in the House and Senate address failings in Florida’s guardianship laws exposed by her case.

“Because of cases like these, Rep. Colleen Burton and I introduced a measure this session to protect the rights and lives of seniors under the care of professional guardians,” said Senate Majority Leader Kathleen Passidomo in a statement issued Tuesday.

The Senate Bill has its last committee hearing Wednesday, while the companion bill has already made it to the floor of the House.