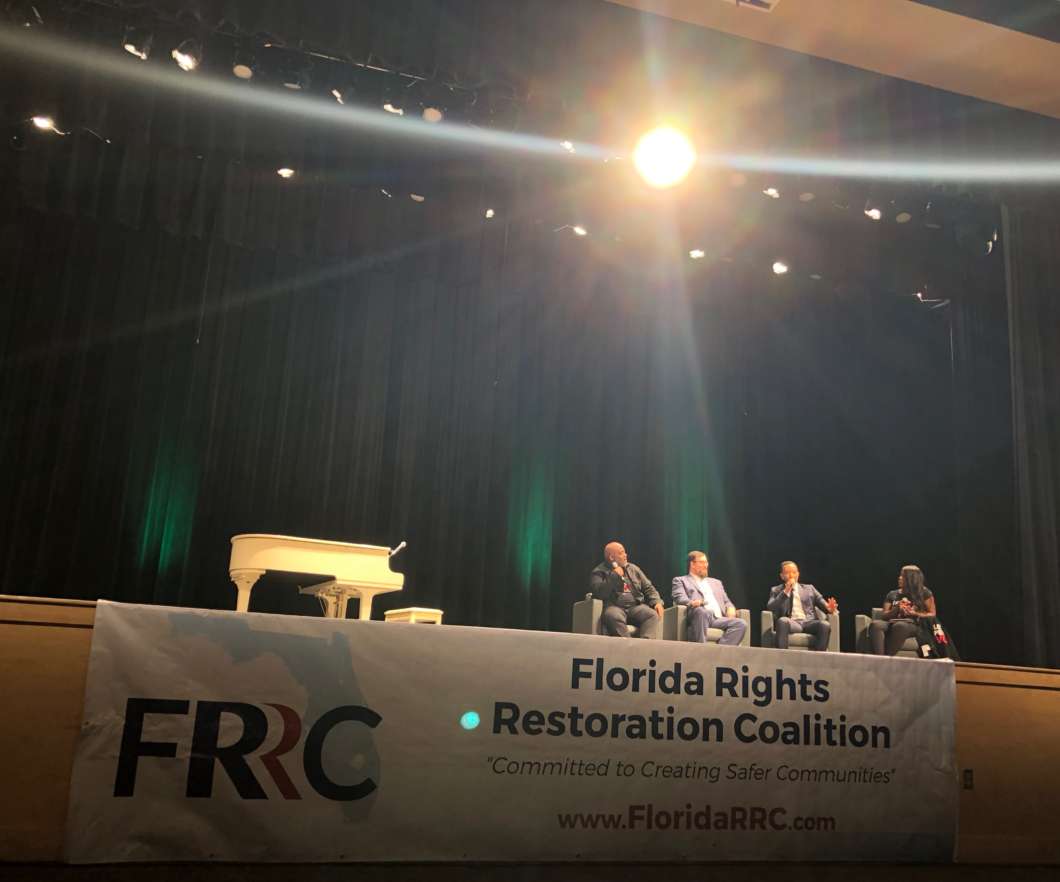 The Evans High gymnasium was packed with an audience that included students, family members of inmates and former felons or “returning citizens” as many prefer to be called.

A short documentary about collecting petitions to get amendment 4 on the ballot drew emotional reactions, and they cheered and sang along with John Legend.

Early polls show widespread support for the amendment, and Legend’s presence at the Florida Restoration Rights Coalition Get Out The Vote event was aimed to get younger people to vote for it in November.

Legend closed the event with a rendition of Bob Marley’s Redemption Song, bringing to mind the 1.5 million people in Florida unable to vote.