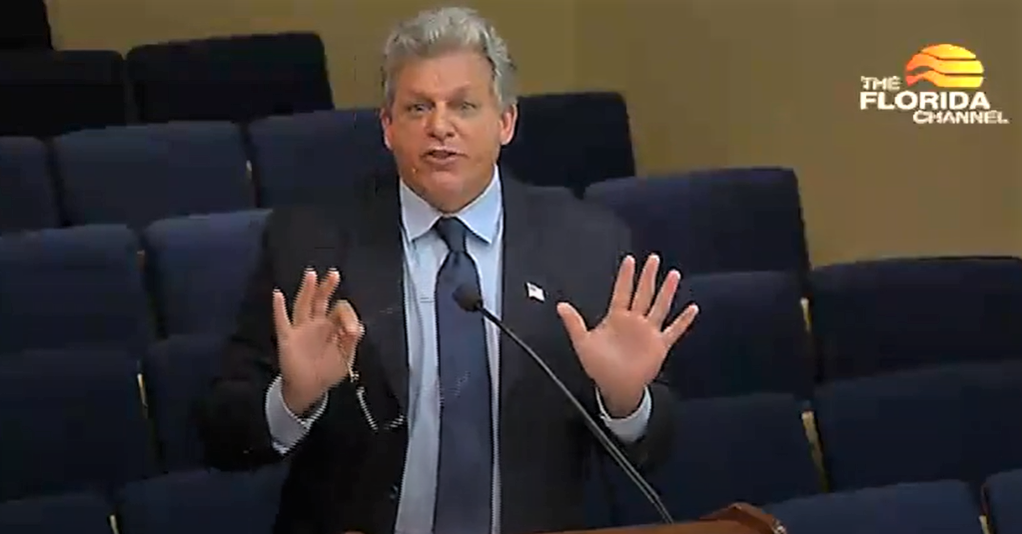 In this image from a June 2018 video by The Florida Channel, Bob Grenier tells a state panel that all five Lake County commissioners support bringing a Confederate statue to his Tavares museum. About a year later, the commission voted 3-2 to accept the statue.

Despite protest, the Lake County Commission voted 3-2 last July to welcome the statue of a Confederate general to a museum in Tavares.

Now a local group filed a lawsuit Wednesday to erase that decision over alleged violations of Florida’s open meeting laws.

Edmund Kirby Smith is being replaced in the U.S. Capitol by a statue of educator Mary McLeod Bethune.

And back in 2018, the curator of the Lake County Historical Museum convinced a state committee the general’s statue should go there.

Bob Grenier told them he had the support of the Lake County Commission.

Those meetings are the basis for a lawsuit by Lake County Voices of Reason. They were de facto commission meetings in violation of state law, the group claims, and the later vote was predetermined.

“These commissioners made up their mind way back, way back before the July 2019 meeting,” group spokeswoman Barbara Hill said.

A county spokesman declined to comment on pending litigation. An attempt to reach Grenier for comment was unsuccessful.