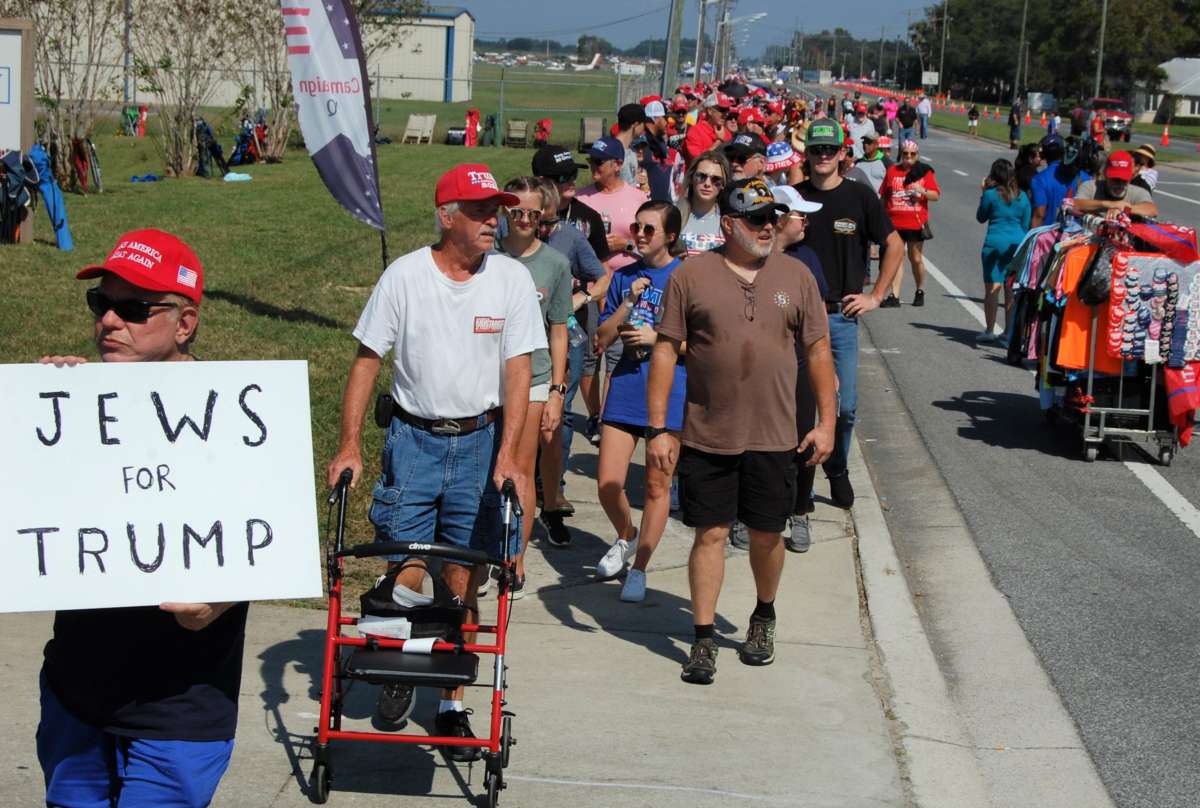 Even a few a hours ahead of time, a long line of Trump supporters waited to get into the campaign rally at the Ocala International Airport in Ocala on Friday. Photo: Joe Byrnes

At the Ocala airport Friday — in a week when Marion County has added 13 names to the list of its dead from COVID-19 — President Trump is holding a huge campaign rally.

An attorney tried to stop it, with a lawsuit on behalf of an Ocala mother of three, because it could cause the virus to surge in the county.

But the lawsuit failed and people at the rally seemed largely unworried about the health risk.

Thousands had already gathered by noon for the 4 p.m. rally. They were packed under tents near the airport entrance and the line stretched far down the sidewalk along Southwest 60th Avenue.

People in line said they were there out of love and support for President Trump. “He’s my hero,” one woman said.

Almost no one was wearing a mask. Some said they had one and might wear it later.

Eric Ball of Crystal River was in line with his family. He hates the media, especially public radio, and is concerned about saving America.

“America is on the line,” he said. “America hangs by a thread.”

He does not wear a mask and isn’t worried about COVID-19 or the possibility of a superspreader event.

“I’m worried about creeping liberalism in our country, tearing it down, chipping away at all our foundations. It’s bad. You guys have done a number on this country.”

Over the summer, he would dress up as the Grim Reaper to warn beach-goers about the virus.

The Ocala lawsuit was his third one against a Trump event.

“He’s so desperate to win this election,” Uhlfelder said. “And he knows he can’t win unless he wins Florida. So gonna just come superspreading all over the state until election day. And that’s, you know, that’s just dangerous.”

So far, 335 people have died with COVID-19 in Marion County. Statewide, 15,830 Florida residents have died.