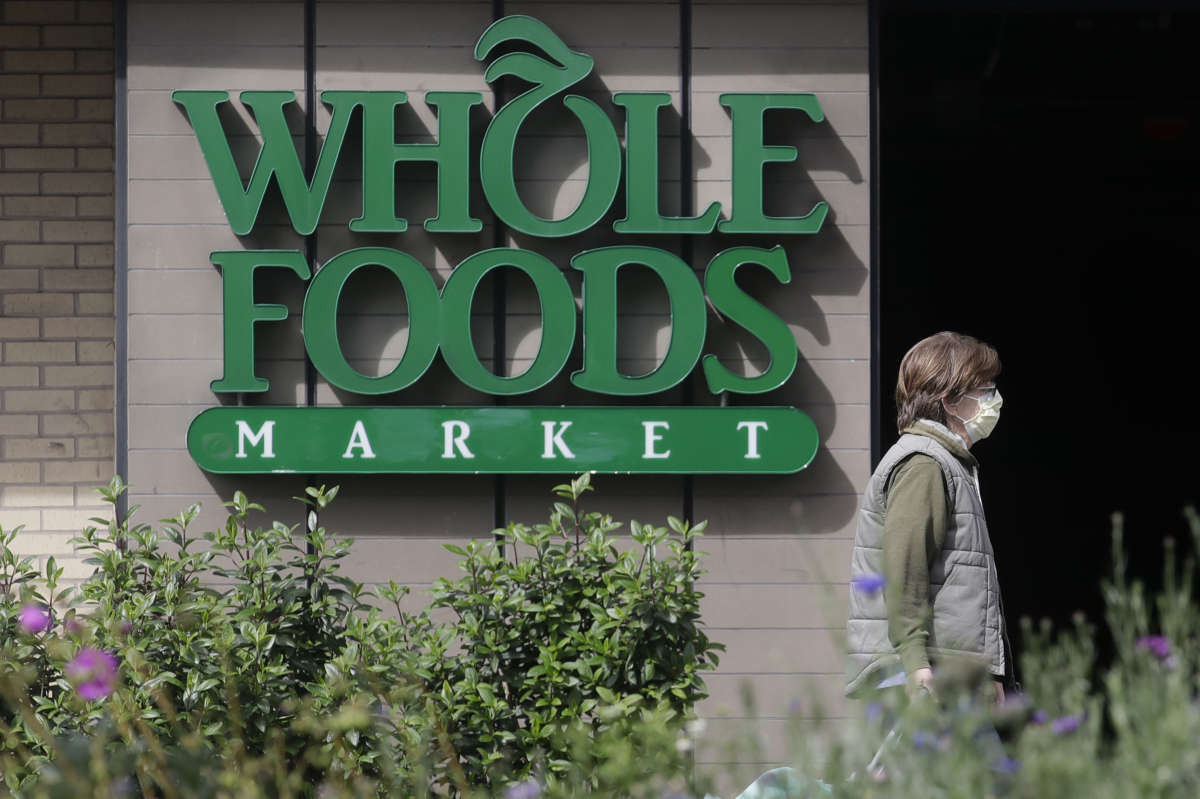 A pedestrian wears a mask while walking past a sign for a Whole Foods Market in San Francisco, Tuesday, March 31, 2020.
Image credit: Jeff Chiu

Several consumers are suing Whole Foods, claiming traces of antibiotics were found in their beef products labeled antibiotic-free, according to a lawsuit filed in California this week.

Whole Foods uses the slogan, “Our Meat: No Antibiotics, Ever” in its marketing materials, such as on packaging, signs in the store and on its parent website, Amazon.

The organization said it shared its findings with the CEO of Whole Foods, but received no response. The organization also alleges it emailed a Whole Foods executive in 2017 suggesting a testing method to verify the supermarket’s antibiotic-free claims, but were told “the repercussions for having a positive result were beyond ridiculous.”

A spokesperson for Whole Foods said the company does not comment on pending litigation.

The lawsuit also claims Whole Foods financially exploited its customers by charging significantly more for its meat products compared to competitors, under the guise that their products are healthier.

“Consumer Plaintiffs would not have purchased Beef Products, or would not have paid the prices they did, had they had known the truth that cattle used in the Products were raised with antibiotics,” the complaint says.

Some of Whole Foods’ cattle are sourced from the Global Animal Partnership (GAP) Animal Welfare Certified program. A study published on Science.org in April found that in an independent lab test, 26% of these cattle tested positive for antibiotics.

A Whole Foods spokesperson told Consumer Reports at the time: “We have extensively reviewed the information made available to us and have no reason to believe that the cattle tested in this study ended up in products in our stores. We take compliance very seriously and never hesitate to act if a supplier has failed to meet our rigorous quality standards.”