Lawmakers Want To Recognize Pulse As A National Monument; A Survivor Turns To Activism 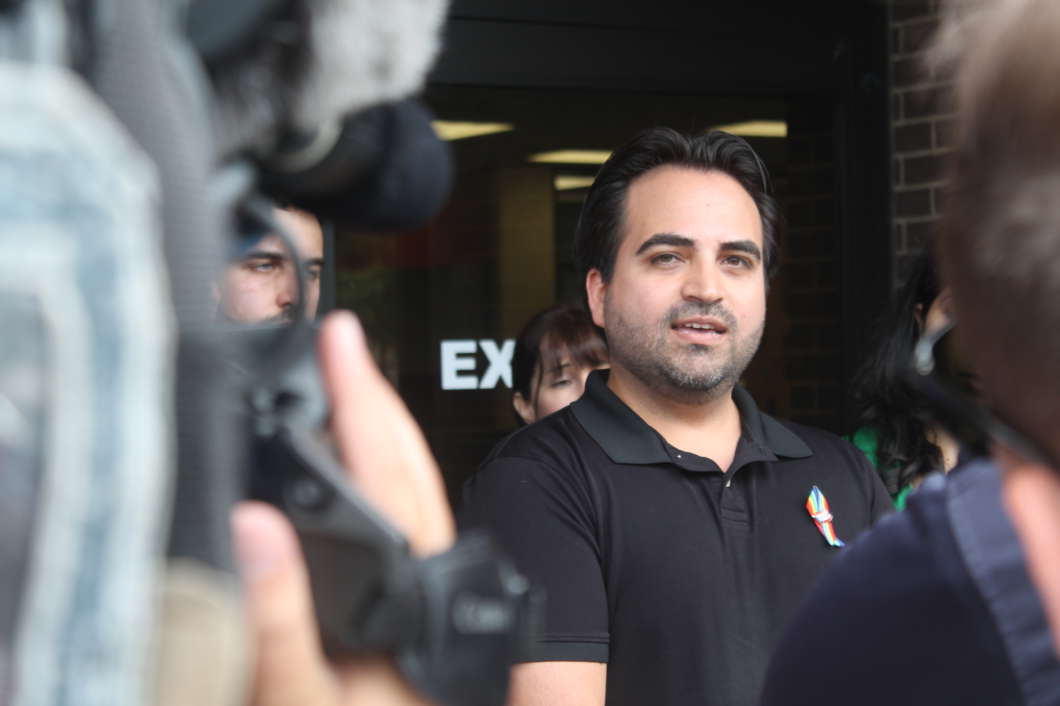 Wednesday marks three years since the shooting at the Pulse nightclub, where 49 people were killed and more than 50 injured in what was at the time the worst mass shooting in modern U.S. history.

Three years on, the site of the nightclub continues to be a place of reflection for mourners, and plans continue to take shape for a permanent memorial.  Now there’s legislation introduced to designate the site a federally recognized national memorial.

US Reps. Darren Soto (D) and Stephanie Murphy (D) announced the legislation in a press conference at the site of the nightclub on Monday.

Pulse owner Barbara Poma said it was an important step.

“It ensures that, what I’ve always wanted, that it’ll never be forgotten, long after we’re not here to tell the story anymore. And that our government recognizes what happened here, and that they put the same importance on it that we do,” she said.

“So it was just really, really important. Today is extraordinary.”

Congressman Darren Soto said if the legislation passes, the onePulse Foundation would still have control over what happens at the site.

“We wanted to strike the right balance between making sure our local community got to manage this site, that it reflected the local vision, since this is such a personal issue and a personal tragedy to so many people, while still making sure we have federal recognition and federal protection,” said Soto.

A few blocks away from the nightclub, at the Orange County Supervisor of Elections office, activists held a press conference to highlight their efforts to restrict the sale of firearms like the rifle used in the Pulse shooting.

Members of the group Ban Assault Weapons Now included parents of victims of the shooting, and survivors.

Ricardo Negron was at the nightclub on the night of the shooting.

“I was fortunate to make it out physically unharmed,” said Negron.

“After Pulse in 2016, I’ve been working with different non-profit organizations here in Florida to better the LGBTQ community and the Latinx community,” he said.

He believes Floridians want to see a change in the kinds of guns that are available for purchase.

“Everyday Floridians understand that these types of weapons are not weapons meant for civilian hands,” he said.

Negron said this week is tough for survivors of the Pulse shooting and friends and family members of victims.

“Some of us might not want to be so much engaged, publicly, and some of us are, we use our voices to bring about change,” he said.

“Be kind, just be kind to one another. That’s one of the best things we can do this week, and every other week.”