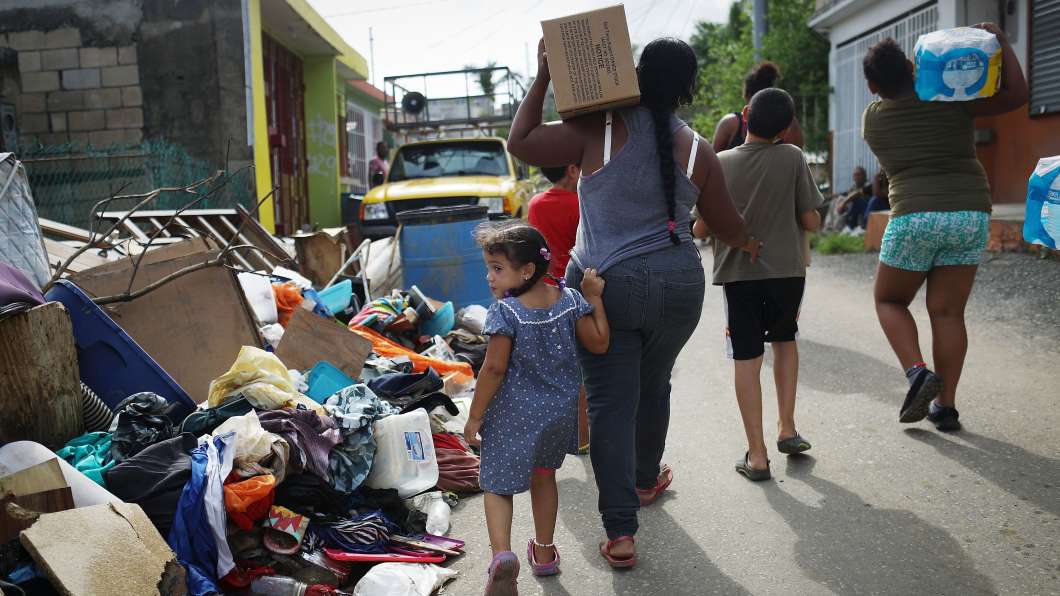 A spokesman for the Federal Emergency Management Agency said Wednesday that the agency’s plan to end its distribution of emergency food and water in Puerto Rico and turn that responsibility over to the Puerto Rican government would not take effect on Jan. 31.

“Provision of those commodities will continue,” spokesman William Booher said. A different spokesperson, Delyris Aquino-Santiago, had earlier told NPR that it would “officially shut off” its food and water mission on the island on Jan. 31 and hand its remaining food and water supplies over to the Puerto Rican government to finish distributing. But on Wednesday, Booher said that date “was mistakenly provided.”

The agency has been working on that transition but has not finalized it, he said, adding that in the meantime, FEMA will continue providing food and water to communities on the island that need them.

The turnabout came after politicians from both political parties reacted angrily to news of FEMA’s plan and after the Puerto Rican government released a statement saying it had not been informed of the impending change. On Tuesday, lawmakers from both parties had called on the agency to reverse its decision.

Speaking on the Senate floor, Florida Democratic Sen. Bill Nelson said he was “absolutely shocked” by FEMA’s decision. “I urge the administration to reverse this disastrous decision immediately and to continue providing the people of Puerto Rico with the help that they need as they are trying to recover from two disastrous hurricanes.”

His concerns were echoed by Democrats and Republicans alike, including Democratic Rep. Nydia Velazquez of New York and Republican Sen. Marco Rubio of Florida.

“There are still a lot of people that wonder why we are giving foreign aid to Puerto Rico,” Rubio told USA Today. “You have to remind them, Puerto Rico is a U.S. territory and its residents are U.S. citizens.”

But perhaps the most surprising reaction came from the government of Puerto Rico itself. In a statement, the island’s public security secretary, Hector Pesquera, said that while he was aware that FEMA would eventually transfer responsibility for distributing food and water supplies over to the island’s government, “this has not happened yet and we were not informed that supplies would stop arriving.”

His statement contradicted information that FEMA sent NPR in an email last week. An agency spokeswoman wrote that “FEMA will continue to provide commodities to the State [Puerto Rico] until January 31st.”

But as public concerns mounted over FEMA’s plans following NPR’s report, the agency released a new statement. While reiterating its belief that emergency food and water supplies were no longer needed on the island, it said that FEMA would “continue to support the Government of Puerto Rico to meet the needs they identify.”

Spokesman Booher said one thing that had not changed was FEMA’s plan to end the shipment of new food and water supplies to Puerto Rico. He said the agency is confident it has enough of a stockpile there already to meet the need that remains. If supplies run out, he said FEMA would reconsider purchasing more. He did not say when the agency would finalize its plan to hand the remaining supplies over to the Puerto Rican government.